Difference between revisions of "Steward" 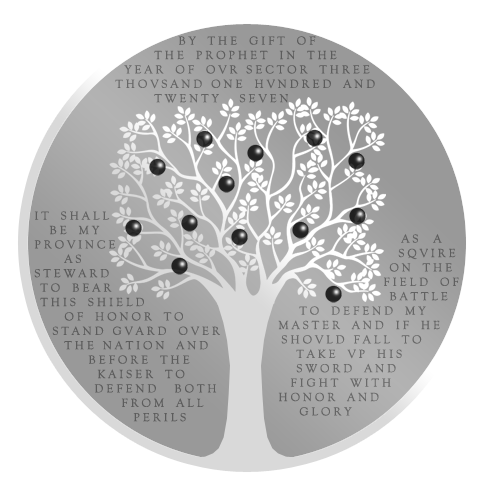 The Steward's Shield of Honour.

The Steward of the Imperial Republic is the head of the executive. Elected by the Landsraad and thereafter appointed by the Kaiser, the Steward runs the government for a term of three years. He or she appoints ministers and other persons under law. The Steward also has power of decree over a wide range of topics for the imperial dominions and for matters of imperial competency. The current Steward is Waldemar Zinkgraven.

Prior to the enactment of the Carta Ayreonica in 1653, the Steward governed Shireroth whenever the Kaiser was unable to. In 1653, the post of Regent was split off from Steward, and the Steward consolidated permanent government power. Ruling Stewards occurred between reigns of kaisers for various reasons. For example, upon the forced abdication of Kaiser Cedris I (with the designated heir unable to take on the kaisership), Steward Carl Jackson of Novi Nigrad governed until the House of Ashura (which had been tasked with finding the next Kaiser) had presented Kaiserin Rei I to the nobility of Shireroth.

At the Coronation of Hasan I, The Prophet presented to the then Steward Jacobus Loki a "Shield made of dark Silver, with the white-gold inlay of a mighty fruit bearing tree, with black pearls hanging from the branches". The Prophet named this the Shield of the Steward, the Shield of Honor.

The title Steward has existed also in many Shirerithian jurisdictions as a caretaker government title.

Before 1653, the position of Steward was not by all kaisers considered a permanent position. Some kaisers appointed stewards only for specific events, other kaisers always had a stand-in steward and tasked him or her with certain business.