Born in the Norse colony of Zanzibar in 1581 to Gudmund and Mette Vigeland, Aasmund moved with his parents to Normark in 1582. After a quiet childhood there, his parents, who were members of the Norse Armed Forces, were redeployed to Elwynn following the incorporation of the Norse forces into the Union Defence Forces in 1592. The Vigelands were stationed at Terror until the Norse declaration of independence in 1598, after which the Vigelands moved to Karmanjoomrim for a civilian life. Aasmund enrolled at the People's Academy in Caligae to study chemistry in 1599. Although his parents left for Normark upon Elwynn's reunification with Shireroth in 1600, Aasmund elected to stay in Elwynn to continue his studies. He graduated in 1603 and immediately enrolled for the mandatory military service in the UDF. He completed a one-year programme there, and then enrolled once more at Caligae People's Academy to study a Master's degree in chemical engineering, graduating in 1607. He took on employment as a research assistant, hoping to gain experience to apply for a doctorate.

In 1610, Vigeland was re-classed as a stateless person and consequently lost his position at the university. With the future looking bleak, his native land in chaos and ruins, Vigeland was advised to volunteer in the UDF as "such service as a Hilfswillige would count in his favour when his application for nationality status is evaluated". Vigeland agreed. A few weeks later, terrorists hijacked a train between Caligae and Karmanjoomrim. Vigeland single-handedly took down the terrorists with an emergency axe. Consequently, he rose in fame.

Vigeland was immediately redeployed to Port Illumination to assist with the pacification of the then rebellious area. While in Illumination, Vigeland grew more politically minded and joined communist study groups affiliated with the Workers' Party. However, he did not dare to contradict the official coordinated state propaganda. Vigeland rose quickly in the ranks and in 1612, he became ruling Steward of Elwynn upon the insanity of Conducator Daniel Simrani-Kalirion. At that point, he used his position to plan a take-over of the Elwynnese Workers' Party and bring an end to the coordinated state. In a declaration in mid 1613, he announced with Malliki Nur Pinito the "completition of the Workers' Revolution". A new constitution was announced, and reforms were initiated on all areas of Elwynnese society.

As the chief representative of Elwynn outside the country, he negotiated a border agreement on Shirekeep on ELwynn's behalf with Lichbrook, Goldshire and the Kaiser. The agreement had the Kaiser cede all lands in the Imperial County up to the actual city of Shirekeep itself to Elwynn (with a small allowance for Lichbrook). As a result of his dealings with leaders around Shireroth, he managed to lobby for his and Elwynn's sake. It paid off as in 1615, he was elected by the Landsraad to be its Prætor. As Prætor, he was known for disciplining members for lack of decorum without discrimination. Marcus Myksos, of Kildare, was suspended from the Landsraad "for threatening to rip out the praetor's throat", "for shouting "fuck you" to a fellow member while wearing an Obama mask", "for calling a fellow member an abomination and insinuating desire to kill her" and "for disturbing a memorial sitting of the Landsraad by bickering". Vigeland prouded himself for establishing good decorum in the Landsraad. He refused to honour any monarchical titles, calling all members "Comrades" and the Kaiser himself "Comrade Kaiser".

In 1617, the Kaiser appointed Vigeland Minister of Military Affairs, a position which he held until his death. 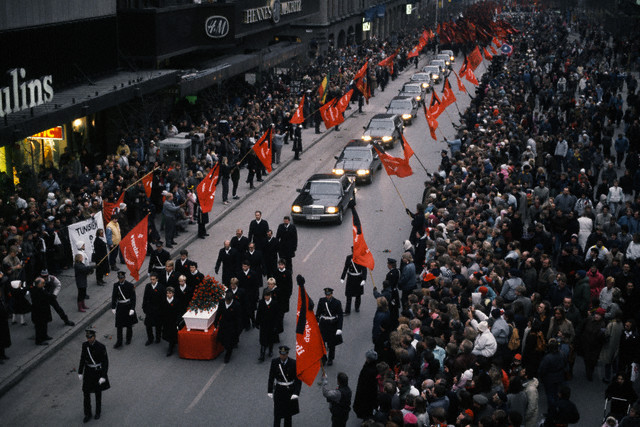 The Elwynnese people grew tired of the communist regime, and democracy reforms were initiated by Vigeland and his government. He was deeply embarrassed by the EWP's failure to win an election to a legislative assembly in Elwynn that was rigged in favour of the EWP. Consequently, he resigned his position as prætor, in 1618, in protest, as tradition held that the prætor ought not to make political speeches. He cooperated with the handover with the new government of Elwynn, lead by restored Prince Nathaniel, and with the imperial authorities. This led him to command respect both in Shirekeep and in Eliria, and Vigeland kept his position as Imperial Minister of Military Affairs.

When Kaiser Redquill surprisingly abdicated in favour of Elsa Kasandrajon, Vigeland was charged with bringing her to Shirekeep. For his role in bringing the frail and old lady to Shirekeep, he was appointed Steward of the Imperial Republic. The new kaiseress, now known as Isa IV, was oblivious of Vigeland's role in governing Elwynn during the communist era. She despised communists, and when she found out of Vigeland's past as leader of communist Elwynn, she was angry and upset. In affect, she ordered the Vigeland's arrest. Special forces arrested Vigeland, brought him to the Kaiseress in her Keep. The Kaiseress ordered one of the soldiers, reportedly a S.W.O.R.D. officer, to shoot Vigeland in the head, which he did. Vigeland died, and seconds later the Kaiseress died from a heart attack.

Vigeland was buried with full military honours in an Elwynnese state funeral later the same year. He is interred in Eliria.