From ShireWiki
(Redirected from Ric Lyon)
Jump to: navigation, search

His father was Eskender Arsalani, a Shahzamini aristocrat, and his mother was Princess Tuuler Kalirion (sister of Kaiser Los I). He grew up speaking Babkhi and Kadhamic. He had an elder sister, Hanna Arsalani (1444-1528) who moved to Batavia, married there, and took on the name Johanna van der Graaf. Rashid's only nephew Marcus van der Graaf (1462-1546) lived a quiet but sophisticated life, married and had children.

Rashid married three times. His first marriage was in 1469 with the Hurmudan Ylva Karjanzdottar Andelarion (1450-1502). Ylva was a member of the Andelarion tribe of the Lakes of Hurmu, and Rashid spent much time in Hurmu, becoming adopted to the tribe, eventually becoming Hurmu's second Prince (under the name Prince Andelarion). With Ylva, he had three children, Rashid Karyandzadeh (1472) and Eskender Kashmal (a.k.a Cashmaiel Andelarion, 1472-1550) were born ten months from each other, and Nour (1479-1483) who died in her infancy. Ylva herself died in 1502 from complications arising from a congenital heart problem.

Rashid's second wife was Gudrun Eriksdotter, the Duchess of Vesteralen. They married in Shirekeep in 1509. The marriage ended in divorce in 1516. 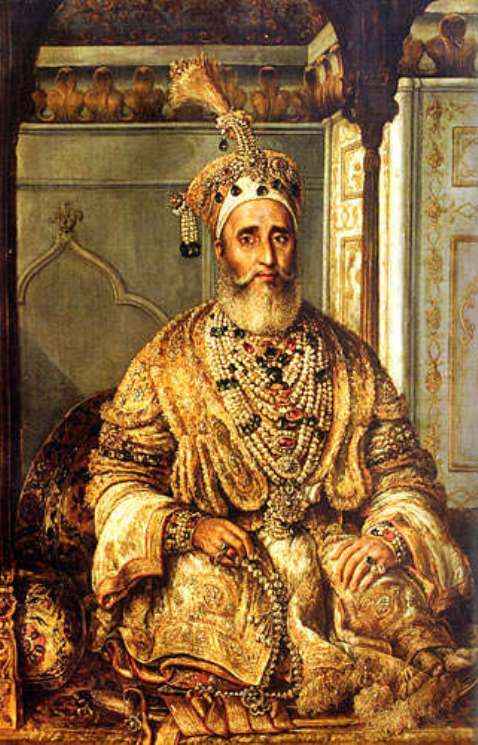 Rashid studied his university degree in law in Puritania, where he also became the first attorney general there in the early 1470s. He briefly lead the government there as acting lord protector during one of the absences of Julien Starr.

In the 1480's he returned to Babkha and was in 1485 appointed Atebeg of Babkhan Prinitica during the earliest era of Babkha's attempt at world conquest (the Babkha-e Jihad). This was not necessarily the most desirable of postings however as his primary duty, as Babkhan lord commander in the northern hemisphere revolved around being besieged on the Fifth Isle in the distinctly mutinous city of Fabon, surrounded by innumerable tribes of outraged Treesians. His tenure ended in the year 1488 when he made a forlorn attempt to stop the Grand Vizier Ardashir Osmani stealing his garrison for a private war in Elwynn. In a one-sided battle between his vessel the yacht 'Stella' and the mercenary-pirate fleet assembled by the Grand Vizier, Rashid was lost overboard when his yacht was swamped by the bow-wave of a transport ship. When the Atebeg was seen to resurface, Ardashir ordered a life-preserver to be thrown into the water for him to cling to. A Koroch fishing boat eventually rescued Rashid Arslani. He was subsequently sold as a hostage amongst the Treesian nobility until he wound up in the service of the Ard-Baron as court jester after it became apparent that the Babkhans had no intention of buying him back.

Fortunately he was able to earn his freedom through becoming indispensable as an interpreter skilled in many of the languages of the era. Eventually he found his way back to Puritania by the rather embarrassing expedient of kissing the shoes of a Babkhan dignitary on route to that country. Through Puritanian intellectuals, Rashid met exiled Varjan philosophers who told him about Menelmacar (founded by Varjan refugees). Intrigued, Rashid often travelled to Menelmacar, taking on Menelmacari citizenship and being elected to the Conclave of Equals. Following the Menelmacari schism, Rashid tried to reconcile the two Menelmacars, refusing to denounce the one over the other. In Archetype's Menelmacar, he was briefly governor over North Freenesia, and then later in Hurmu. Once Archetype's Menelmacar fell, Rashid's Menelmacari citizenship was transferred to Hurmu. With Hurmu being associated with Arminy, Rashid was also a politician there, eventually being appointed Baron of Hurmu. As minister of war, he led a military campaign in Alexandria during an Islamic uprising there. Following that war, the Alexandrian emperor was given the Arminian/Crandish title Duke of Anglien.

In the midst of his travels, Rashid discovered that he had been elected to the Majlis for the Behsaz Party in his absence back in the 1480s. He was elected the speaker of the Majlis, at which point the Imperial Government decided it was necessary to find out where he had gotten to, and in 1500, he was appointed the kingdom's Grand Vizier following Behsaz victory over the Rastakhiz Party in the elections. During the Arsalani government, Babkha became part of the Grand Commonwealth, and for a while Rashid represented the kingdom in the Majlis-i-Dharma. At this time, he was also invovled in Karnali politics. He resigned his Grand Vizier commission in 1506 in protests over failing to pass a liberalising reform package. Amir Shervanis succeeded him as grand vizier.

Rashid moved his focus to Elwynn, where he had been Count between 1500 and 1504 earlier after an awkward reunion with the deserters from his former garrison, but now was appointed Baron of Elwynn in 1507. During his tenure, he made efforts to bridge the post-Ardashirian communal divides. Elwynn was elevated to a duchy in 1522, and Rashid's government continued until 1533 when he was removed from the dukedom by the Kaiser, and replaced by Harald of Froyalan.

As Prince of Hurmu (1512-1527), Rashid developed the law and constitution of Hurmu, established the Order of the Holy Lakes, and appointed the Knights and Ladies of it. All members of the Holy Lakes then became Senators of the Lakes, forming Hurmu's first legislature since the fall of the Parlerment. Once the new constitution had been enacted (1527), his son Cashmael Andelarion took over the executive power in Hurmu as Chairman of the Senate, and Aoife the Celt was elected Queen of Hurmu.

When Shah Ardashir abdicated the Imperial Throne of Babkha in 1529, it was met with disbelief from Rashid. However, he took on the role seriously. During this reign, Babkha seceded from the Grand Commonwealth, becoming yet again an independent and sovereign country. Owing to sickness, he was however not very present in Babkha, and most of the reign in Babkha was conducted by his regents, Hesam Jahandar and Sfeir Jahangir Zsharri being the most prominent of them.

During the reign in Shireroth of Kaiser Hasan I, Hasan had controversially ceded all sovereign power over Shireroth to the Babkhan shah, Rashid. The Sword of Vengeance was a personal gift from Hasan to Rashid, and Hasan had inscribed Rashid to be his heir in Shireroth in his will, as a form of retirement gift. Kaiser Hasan was however murdered in Ardashirshahr, and in a bitter feud over succession with Jacobus Loki, Rashid was eventually declared the Kaiser of Shireroth. The Babkhan shah, recognized by Babkhan law and Rashid's feudal allegiance, gave Rashid and his successors the title Emir of Sathrati. A spell of bad guilt over his alleged treachery made Rashid mentally unstable, culminating in his suicide in 1544.

Rashid had a habit of trying to integrate in whatever countries he moved to. In Puritania, he used an anglicized form of his name, Richard instead of Rashid, and Lyon (Lion) for his surname Arsalani (meaning "of the Lion" in Babkhi). As Kaiser of Shireroth, he used the name Ayreon (Elw for Arsalani), which would be the source of the new dynastic name Ayreon-Kalirion (rather than Arsalani-Kalirion as it was previously known). As King of Nidaros, he employed the name Audon. He was also widely known as Lord Andelarion across Shireroth. As kaiser, he refused to be known as "Ayreon the First", provoking his contemporary epithet "the Unnumerated". Posthumously, he was given the epithet "the Still".