Difference between revisions of "Subdivision"

This page describes the (more or less) current subdivisions of Shireroth. For more information about historical subdivisions, see History of Subdivisions. 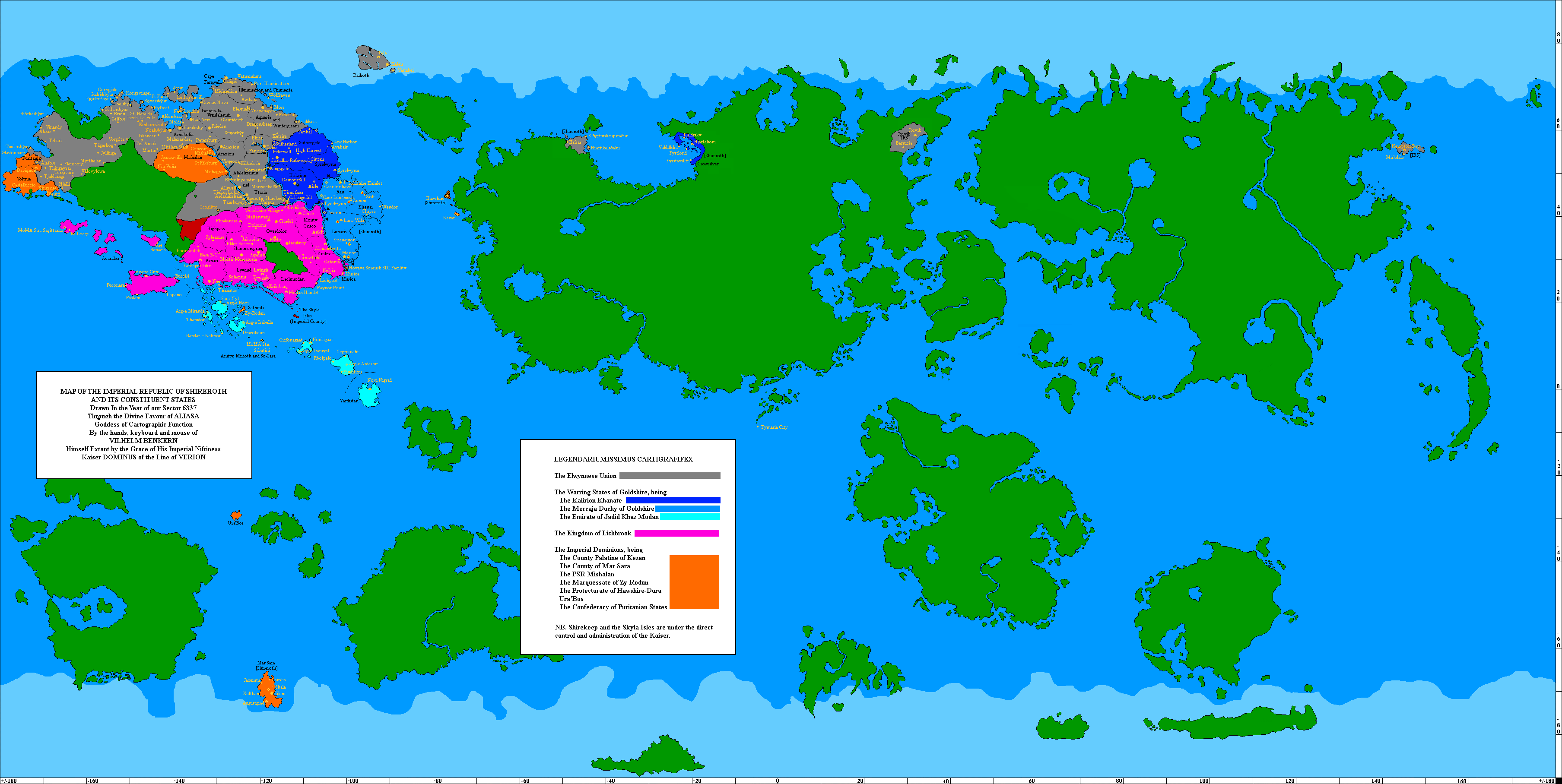 Subdivisions are the constituent territories of the Imperial Republic of Shireroth, developed by the community over many years. Each subdivision may have its own culture, history, languages, norms and laws. Under the Charter, two types of territory can exist: Imperial States, which are completely autonomous in respect of certain reserved matters, and the Imperial Dominions, lands governed directly by the Kaiser in accordance with Imperial Law. It should be noted that under the Lex Provinciarum created by Kaiser Mors IV via Imperial Decree 674 many of the local laws of the Imperial Dominions are preserved and respected. 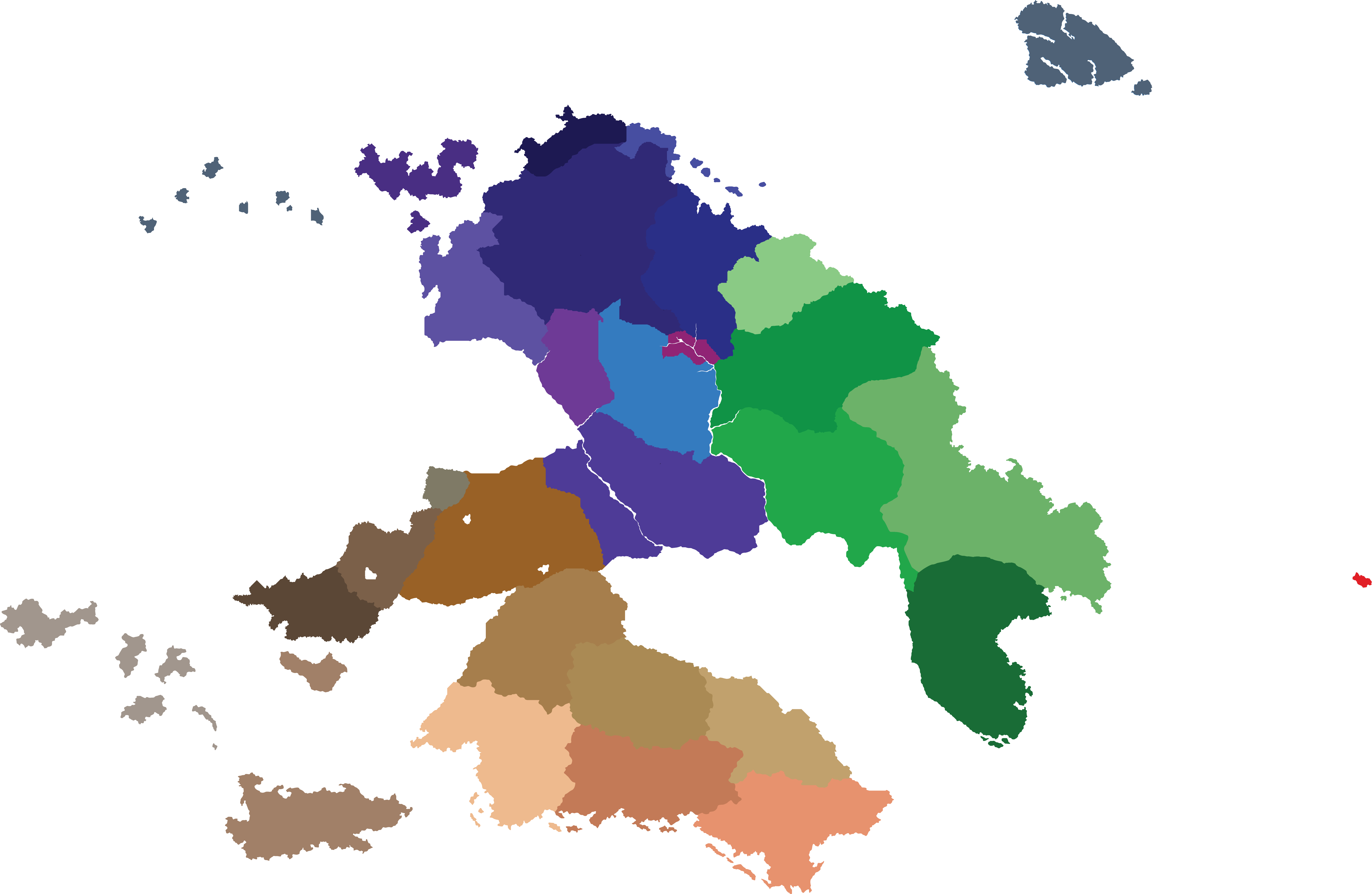 A map of Benacian Shireroth's current Imperial States and their counties.