Villy Esposito (Elw: Вили Еспосито, Vili Esposito; born Vilhjálm Daniel Gudrödar Ayreon-Kalirion af Ettlingum Freyum ibn al-Majeed bin Sathrati of Waffel-Paine‎‎ in Teldrin in Goldshire on 19 Qinamu 1635) is the firstborn son of the presently exiled Noah of Elwynn and the fifth son born to the late Kaiseress Noor. He was the ruling Prince of the Elwynnese Republic in 1653, having stepped down as King of Elwynn (disputed by his father), a position he held 1651–1653. Shamed by his blood, he relinquished all his titles and freedom in 1653, took on the name Villy, and made himself a loyal subject of the Kaiser under King Ryker Everstone. 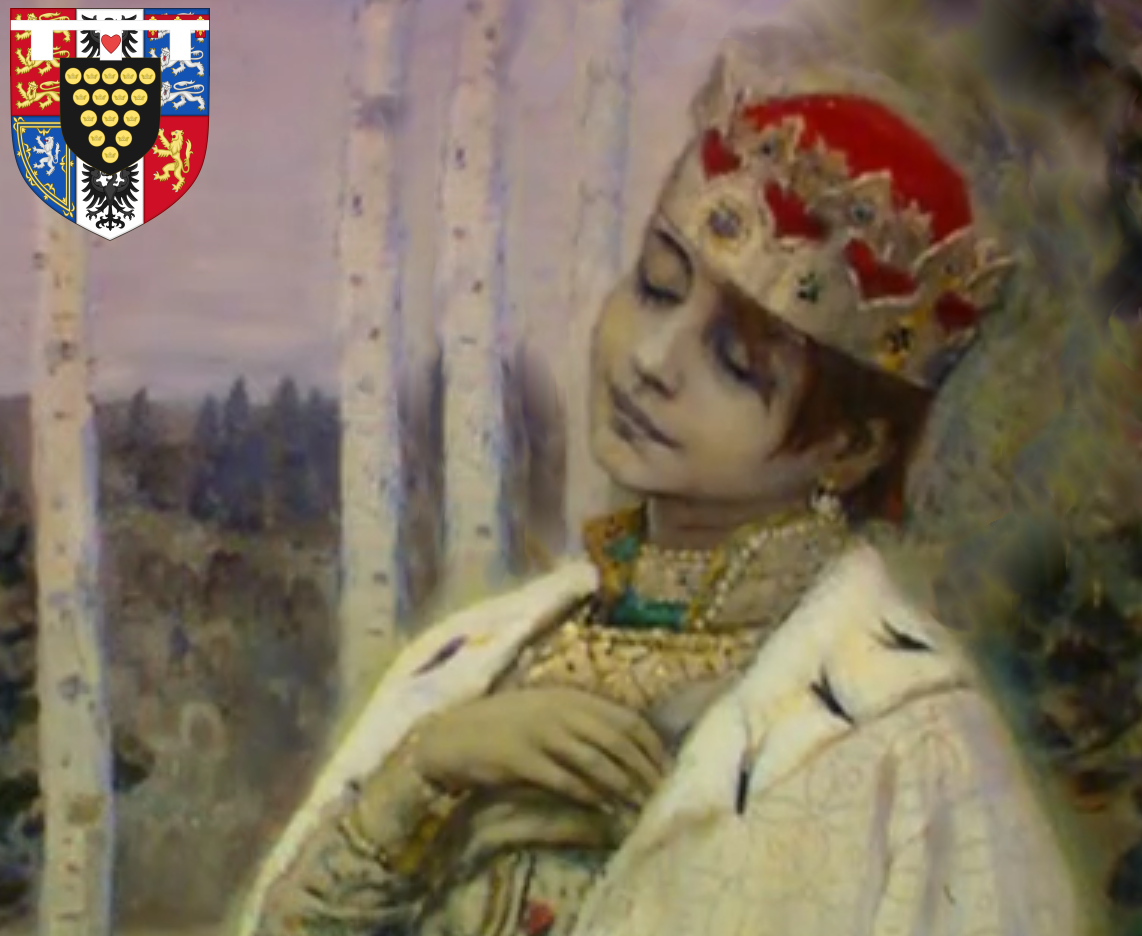 then-Prince Vilhjálm in the year 1645.

Vilhjalm Daniel Gudrödar – who was named after Vilhjalm Kormak, Prince Daniel Kalirion and High King Harald's father – lived a sheltered life. He endured an intellectually stunted childhood which focused on the Froyalanish obsession with royal pageantry, falcon hunting, dressing up in expensive clothes and taking part in royal ceremonies. His carefree life took a turn to the worst in 1651 after his father was forceably exiled (find wiki link to events). Vilhjalm was captured by the Dark Orchid Society and the ESB-Jörmungandr Group, who subsequently transferred him to the custody of the Imperial Forces and the State Law & Order Restoration Council (SLORC). The SLORC subsequently recognised his right to rule after examining him and finding him to be merely a callow youth with no daemonic taint. He subsequently assumed the Elwynnese throne as king, a fact that was disputed by his father in exile.

In 1656, he approached the Elwynnese senate to request a decree that annulled the marriage between his parents. The petition was granted, and subsequently he and his sister Esther lost their rights to the estate of Noor and all rights of nobility. Consequently he and Esther were given the bastard surname Esposito.

As king of Elwynn, Vilhjalm is charged with all executive, legislative and judicial powers if exercised through the advice Council of Eliria. He appointed the SLORC troika King Ryker Everstone of Goldshire, Jeremy Archer and Heath Belledin to the Council of Eliria, effectively giving this troika full power over Elwynn.

Underwent voluntary sterilisation in the year 1653, in obedience to the Edict of the Kaiser ordering the castration of all male Froyalaners and out of sorrow at being disowned by his father and grandfather, who now reviled him as a usurper and had even claimed that he was a false pretender installed by the Imperial Government.[1]

His reign ended in 1653 by the adoption of the Constitution of the Elwynnese Republic. He was a transitory head of state of the republic as Prince of Elwynn until the Senate elected a replacement later the same year (Liv Dravot), whereafter he retired from politics, resigned all his noble and other titles, and declared himself a loyal subject of the Kaiser under King Ryker Everstone.

Vili has four elder brothers - of which one is still among the living - from his mother's first marriage with the late Prince Nathananiel of Natopia, quadruplets born in 1630.

They are, in order of birth:

He also has a sister who was born in 1638 to King Noah of Elwynn and Queen Noor of Goldshire. The second child of the former, the sixth child of the latter.

His nephew is Kaiser Ayreon IV.

During his time as the son of the reigning King, Vilhjalm became something of a social phenomenon. The Vilhjalm Effect, more commonly known as the royal baby effect, is the trend that news about Prince Vilhjalm has in business and pop culture, similar to his mother's. Clothing and products identified as used by Prince Vilhjalm tend to sell better than before. The effect was noted during his Gevrader 1639 tour of Alexandria and many businesses have attempted to use this effect to their advantage. He was ranked No. 20 on the "50 Best Dressed Men in Elwynn" list of the Daily Mail & Telegraph of Eliria in 1642[2]. In 1643, the suit he wore sold out after he was seen wearing it.

Vilhjálm's full titles as king were: His Majesty King of Elwynn, King of Amokolia, Shahzade Bey of Hjartahom, Count of Northshire, Count of Arietta, Count of the Lady Esther Isles, Lord in Jorvik, Scion of St. Harald, Knight of the Holy Lakes, Scion of the King of Kings.

Thereafter his style reverted to Imperial Highness (due to his membership in the House of Ayreon-Kalirion) and his title was Prince of Elwynn.