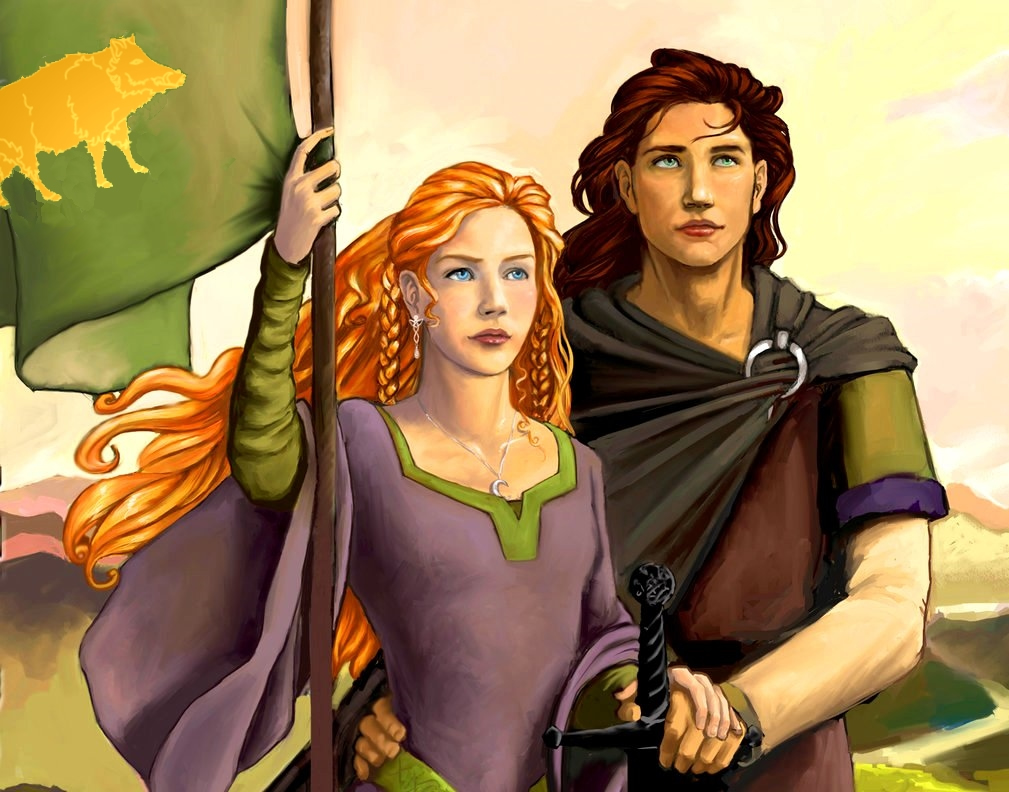 Esther with her brother Villy.

Esther Fatima Gudrid Esposito (née Ayreon-Kalirion af Ettlingum Freyu) born at Humility Mount, 18 Oskaltequ 1638) is the only daughter of the annulled marriage between Kaiseress Noor and King Noah of Elwynn. She is Noah's second child (after Villy), and Noor's sixth child. She was second-in-line to the Elwynnese throne (after her brother Villy) until the Auspicious Occasion, whereafter she went into exile in Stormark. In Stormark, she lives a comfortable life and works for the Storish foreign ministry. She is currently (as of 1655) Stormark's ambassador to Caputia.

Until the Auspicious Occasion, she held the Elwynnese title "Earla of Anglia", a title she has continued to claim in pretence in exile. As such, currently in Stormark, her full titles are: Her Imperial and Royal Highness Esther Fatima Gudrid of the Houses of Waffel-Paine, of Ayreon-Kalirion, and of the Descendants of Freyja, Earla of Anglia, Earla of Nådens Havn, Princess of Elwynn, Princess of Uppland, Llængjarla of Elwynn, Countess of Northshire, Countess of Arietta, Countess of the Lady Esther Isles, Lady of the Holy Lakes, Scion of the King of the Kings.

In Shireroth she carries (as of 1656) no noble titles and is therefore properly styled Ms Esposito.