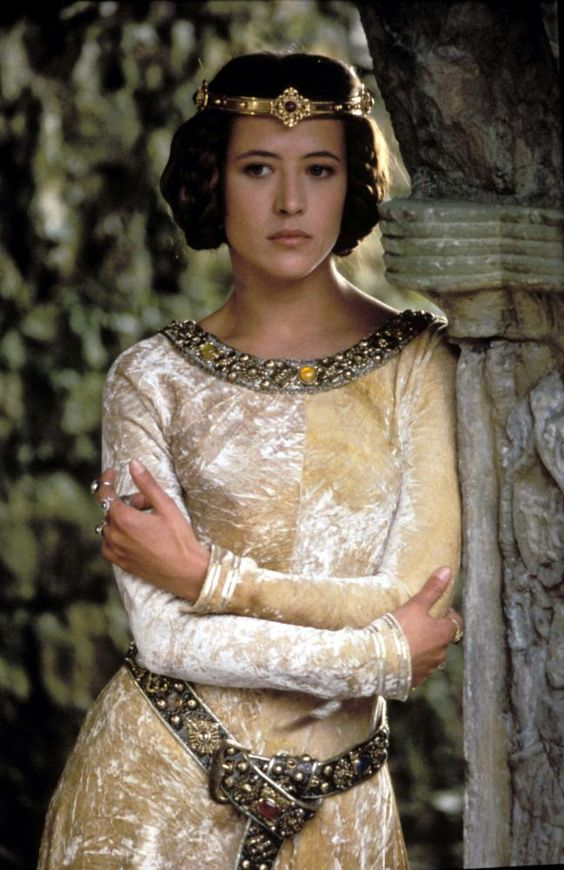 The Yfirfroyalansgythia is as High Priestess of the White Orchid Temple the senior Lady Cleric among the Hjartardýrlafðir.

The Hjartardýrlafðir, which means "Deer Ladies" in the Froyalanish and Wintergleamish languages, was a matriarchal council composed of the highest ranking clergy of the Froyalanish Ancient Ways, the High Priestesses of the Thirteen Froyalanish Temples.

The Deer Ladies were since the first Froyalanish immigration in the 1500s the spiritual leadership of the Froyalanish and Wintergleamish Vanafolk and constituted the governing body of the Church of the Froyalanish Ancient Ways. They were presided over by the Yfirfroyalansgythia.

It was during during the days of the tenure of Count Harald of Araxion that the Hjartardýrlafðir came into being. This for the Vanafolk very joyous occasion, which is celebrated by them every year, took place when the Vanic Temple in Araxion was recognized as the senior Vanic temple in the Flower of the North by the Jólaslafðir through the issuance of a Gyllmára Búlla.

The Hjartardýrlafðir exercised their spiritual and temporal powers through the issuance of Flóðbúllar and Turnbúlla‎‎r.

Any and all Hjartardýrlafði was by the decree of the Jólaslafðir‎ issued during the Ducal Reign of Harald of Froyalan (1533–1542) a Princess of the Ancient Ways.

Each Deer Lady was, in the Froyalanish interpretation of the world, handpicked by the Goddess Elwynn Herself. In reality, it was the Froyalanish woman who faked being Lady Elwynn for the duration of King Noah's reign.

The Investiture of a Hjartardýrlafði involved the performance of an ecstatic dance before the White Stag Throne - a form of Heiðrdans in which she was dressed in ritual garments in the colour which is associated with her Templedom - and a naked walk from the White Orchid Temple to the Tower of Araxion. It was also surrounded by extravagant festivities.

In accordance with the provisions of an ordinance issued by the Church, a newly-invested Deer Lady had the honour to, irrespective of her seniority among the Hjartardýrlafðir, preside over the next meeting of the Deer Ladies and exercise the powers of the Yfirfroyalansgythia therein. Should there be multiple Hjartardýrlafðir be invested at the same time, the sequence of presiding over the following meetings was determined by lot.

For the purpose of protocol and standing in for the Yfirfroyalansgythia, the Lady Elwynn has, by ordinance, permanently fixed the order of seniority among the Deer Ladies. This happened at the petition of the Jólaslafðir upon the signing of the Concordat of Avaldsnes.

Each Hjartardýrlafði held a geographical High Priestessly See and has in consequence thereof an Archtempledom under her jurisdiction which she administers in accordance with the applicable Vanic Law.

Nearly half of the Archtempledoms correspond with a Royal Precinct; the others either cover a part of such Royal Precinct or are composed of various Royal Precincts, in whole or in part. There is even an Archtempledom that governs, under the Treaty of the Two Bears, a Templedom in the Imperial Dominion called Mishalan.