Shrine of the Sea 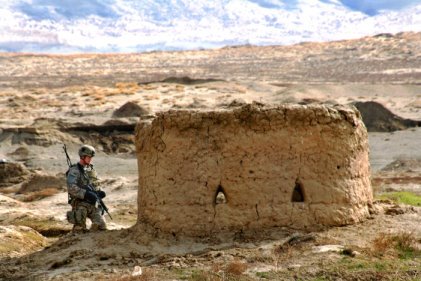 The Shrine of the Sea (aka the Shrine of metaphor) being patrolled to ensure no worship takes place on the premise.

The Shrine of the Sea, also known as the Shrine of Metaphor was one of the Thirteen Temples of Eluin, the senior temples of the Froyalanish Ancient Ways. The temple complex is situated in the Royal City of Avaldsnes. It was one of the oldest Vanic temples in Elwynn Proper.

The Shrine of the Sea was given its present name by means of a Gyllmára Búlla which was issued by the Jólaslafðir during the Ducal Reign of Harald of Froyalan (1533-1542). The temple name's is derived from the Speech from the Comital Throne that Count Harald of Wintergleam made at the dedication of the temple in which he described the aforesaid holy building as a "vivid and majestic shrine at the sea". In addition is the Shrine's name also and allusion to the importance the sea has had - and to this very day still has - for Avaldsnes concerning trade and other commercial activities.

As regards seniority among the temples of the Froyalanish Ancient Ways, the Shrine of the Sea holds the second spot, and its High Priestess a corresponding rank among the Hjartardýrlafðir. The temple is only outranked by the White Orchid Temple. The High Priestess of the Shrine of the Sea has been assigned a place accordingly in the Order of Precedence by the Royal Household and Heritage of the White Orchid Throne. The temple was initially solely dedicated to the Goddess Freyja.

The temple is in size also the topmost temple of the Froyalanish Ancient Ways, even surpassing the White Orchid Temple in enormity, and the largest man-made religious structure in the Flower of the North by a country mile. The Stortemplet is for quite a significant portion built in ancient Valtian style.

The Shrine of the Sea was founded as the Vanic Temple in Wintergleam by Harald of Wintergleam through the issuance of a Comital Charter to an ancient but informal and fairly remote seaside SEKEF chapel as well as a monetary donation from both him and the Jólaslafðir.

To add some more sweetener Count Harald had also convinced the Hjartardýrlafðir to decree that the Vanic Temple in Wintergleam would always be the largest temple of the Froyalanish Ancient Ways. Their decree was confirmed by Gyllmára Búlla issued by the Jólaslafðir during the Ducal Reign of Harald of Froyalan when the aforesaid Yule Ladies gave the Shrine of the Sea its present name.

The foundation of the Vanic Temple in Wintergleam opened the door for the establishment of subsequent Vanic temples in the County of Wintergleam, and Count Harald was flooded with petitions for temple charters from informal and half-hidden Vanic congregations, including the congregation of what nowadays is the Sanctum of Dedication in Dragonskeep, which finally could come out of the woodwork. The Comital Lord of Wintergleam signed and sealed away and soon his County was rife with Vanic temples.

Count Harald embarked on a massive building program to expand the temple, causing the former SEKEF chapel - which already was quite sizable - to be dwarfed by its newly-built expanses. The SEKEF, realizing that the locals were very enamoured with idea of finally having a formal Vanic Temple of their own, turned their attitude completely around and became the one of the biggest benefactors of the temple with them from then on trying to outdo the other big and constant donors, to wit: the Jólaslafðir and the House of Ettlingar Freyu, causing the Shrine to grow to gargantuan proportions.