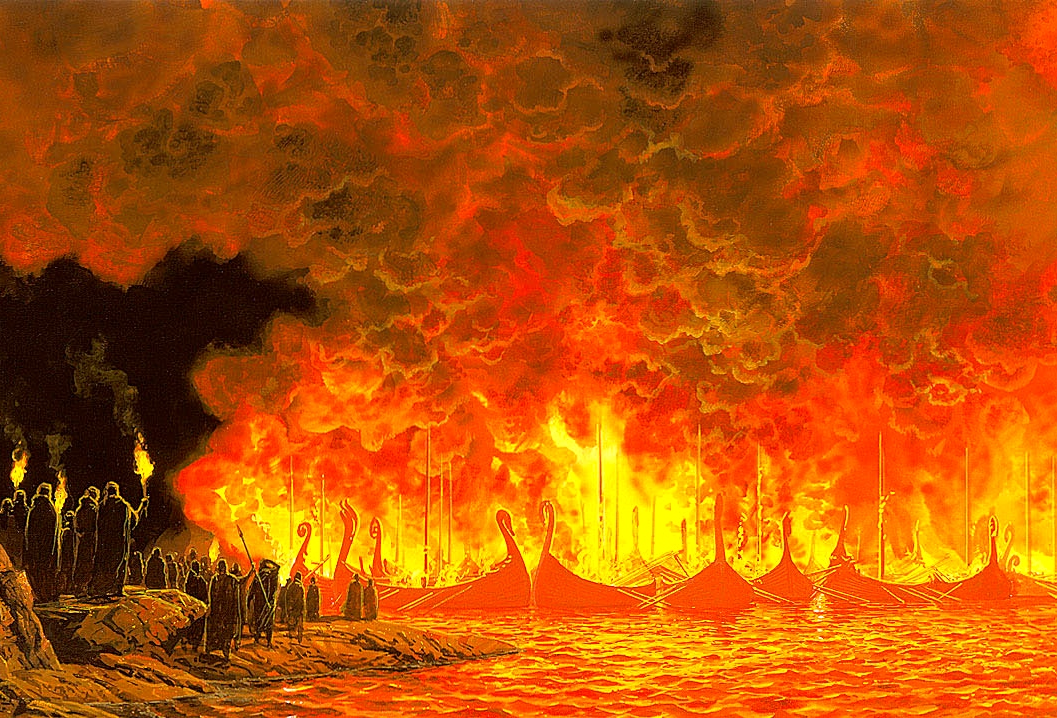 The women burning the ships to prevent the group from leaving the Isle of Valtia. 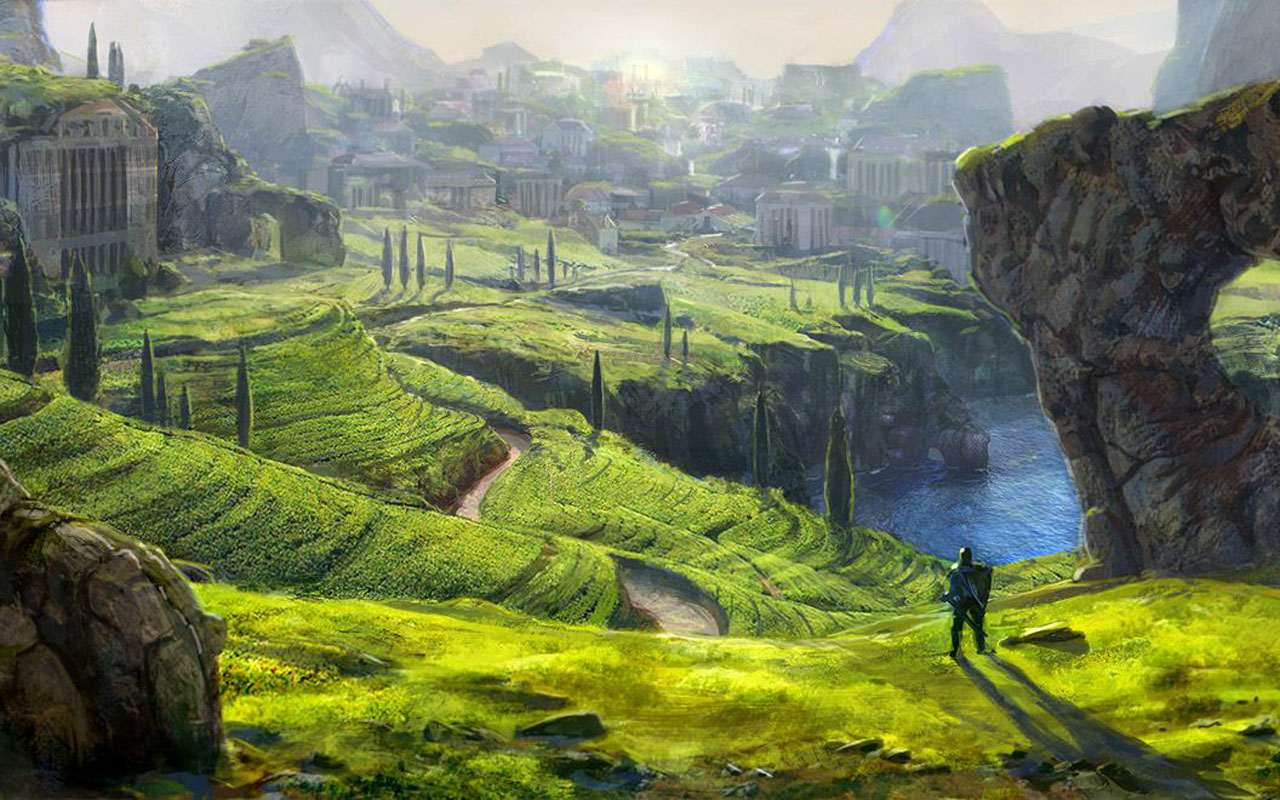 A view of the Isle of Valtia.

Valtia is a long-lost isle of wonderment full of marvels beyond imagination, and was once the center of a great empire called the Valtian Free State, but was completely destroyed in a cataclysm. At its prime, the Valtian Free State was an advanced civilization and the dominant military and cultural power of Micras conquering or subduing many other nations, including Viken. Valtia is the ancestral home of the House of Ettlingar Freyu as well as the spiritual predecessor of the High Realm of Stormark and Froyalan. Valtia's location is lost to time and is of the biggest mysteries of Micran history.

Thousands of years ago a chieftain called Arnar Ingólfursson led a group of Vikings, who were fleeing the Kingdom of Viken to escape the oppression by the brutal King Halfdan Evilheart, on a sea voyage to find a new homeland. After a long time in rough and foggy seas, they made landfall on the shore of an island. Not long after they landed, the men wanted to take to the sea again, but the women who were traveling with them did not want to leave. One woman, named Valtia, suggested that the women burn the ships out at sea to prevent them from leaving and they did so: in the middle of the darkness of the night the flames consuming the ships made the coast was for fifty miles as bright as day.

At first, the men were very angry with Valtia, but they soon realized that they were in the ideal place to settle, and out of gratitude they named the island after the woman who had torched their ships.

Valtia was destroyed when it sank into the sea on a winter night in cataclysmic event known as Valtias Forlǫg which occurred nearly a thousand Asgard Calendar years ago. None of the inhabitants of Valtia survived its destruction, save for a few families who left Valtia just before its destruction.

The House of Ettlingar Freyu escaped the disaster because the Lady Freyja had forewarned them and told them to flee to the Mysterious Isles.

To this very day Vatlian cuisine, medicine, and crafts and arts are highly valued in Froyalan and items, objects and artifacts from the Days of Valtia, such as Valtian Steel blades and Valtian Silk clothing, are extreme status symbols. Valtian customs are still adhered to in many parts of Froyalan, and Sagas about life in Valtia also remain very popular.