From ShireWiki
(Redirected from User:Tonerman)
Jump to: navigation, search

Erik Mortis is the founder and former ruler of Shireroth.

Erik joined micronations in February 2000. His first position was vice-president of the United Demesos, but he left the country after a disagreement with its founder and president, Bill Dusch. After a brief time in the Flying Islands of Jasonia, he founded Shireroth on April 24 2000 and was its President until it merged into Audentior in May 2000.

After a long period in Audentior and Jasonia, Erik re-founded Shireroth as a monarchy in December 2000 and declared himself Kaiser Metzler I. During this time he set up most of the country's institutions, including the Landsraad, and the Ministries. Although drifting in and out of Shireroth through the year, he remained Kaiser until the time of Tymaria, after which he began to alternate his own reigns with those of others. From 2002 to 2004 he was Kaiser around fifty percent of the time, with the notable exception of the immediate aftermath of the reign of Kaiseress Aure I, who disliked him and tried to bar him from the throne by decree. The decree was later revoked.

Many Shirerithians found Erik to be overbearing, due to his strong political opinions and his willingness to use both his power as Kaiser and his moral authority to enforce them. Most prominent among his enemies was Philip Locke, but even after Locke's departure some people remained uneasy, especially after Erik, as Kaiser Raynor XI fired the popular Duke Rakesh Ackbar. After increased grumbling and threats, Erik chose to retire from Shireroth in 2005, but eventually came back. During his last Kaisership as Kaiser Letifer II, he became inactive, falling victim to illness. Shireroth became inactive due in the interim; the efforts in which citizens (and one non-citizen, Osmose) revitalized the nation, though Letifer was not happy with how they'd gone about it. He soon abdicated and emigrated from Shireroth, feeling that the nation had strayed too far from his ideals.

With the possible exception of Gryphon Avocatio, Erik is probably the most conservative Shirerithian. He believes that the balance between the nation's institutions set forth in the Charter is what has allowed the nation to last so long, and that any attempt to change them would disrupt the working of the government. Like many Shirerithians, he has a deep distaste for democracy. He also tends to support the retention of old Shirerithian symbols like the flag and Malarbor, on the grounds that they have been around forever and are a part of the country's soul.

Unlike many micronationalists, Erik does not always believe activity to be a good thing. He believes that too much activity, especially in the political sphere, can tear a nation apart, and that if the nation is quiet, it is better to allow it to remain so than to try a project that might only end up causing trouble. Erik is also somewhat isolationist, though not rabidly so.

In the end Erik's primary political goal and belief is that the stability of Shireroth is what has allowed it to survive for so many years while so many other nations have faltered. Thus the majority of his political beliefs in Shireroth are aimed at fostering political and social stability.

As of his return in 2007 Erik's views have become markedly more moderate and in some cases could even be noted as liberal. Though he retains his traditionalist views, Erik has become more open to changes to the Shireroth system of government and culture, as long as they maintain a more or less feudal government and retain certain ancient institutions.

Erik created Shireroth, the governmental structure of Shireroth, and personally recruited many of its leading citizens, including Gryphon Avocatio, James Raine, Joseph Strong, and Alexandra Decens. He created the Shirerithian religion of Cedrism, programmed the Shireroth Bank, and designed most of the early JASO projects. He helped develop strategies and weapons still in use among the military today, won Shireroth's first (and only) two wars, and created the Duchy of Brookshire, which he ruled for many years, as well as the Duchy of Goldshire.

Intermicronationally, he is best known for founding the Micronational Cartography Society and co-leading it for its first three years. Most of the current MCS continents were drawn by him, including that of Shireroth, and many of its policies date from his time there. He won the Odlum Award for Outstanding Achievement in the Field of Excellence for his work.

Positions Held outside of Shireroth

Positions Held inside of Shireroth 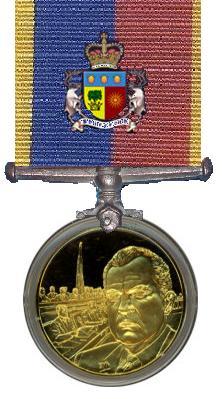 Erik is twenty-one years old and goes to school at Sonoma State University in Rohnert Park, California where he is a Pyschology major, minoring in Computer Science.