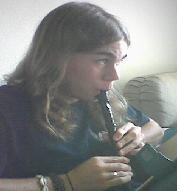 Gryphon playing a recorder at ShireCon '04

Gryphon Avocatio (AKA Nick the Yardistani) is one of the oldest citizens of Shireroth. He was an active, integral citizen for nearly four years straight. The exact date of his immigration is unknown, but it is clear that it occurred in February of 2001. He has filled many jobs in Shireroth, most notably as the Duke of Yardistan and as Kaiser. He was influential both in the Ministry of Immigration and Naturalization, designing a naturalization process for new citizens, and the Ministry of Research and Education, establishing the Sir John Metzler III University. He was the main progenitor of Yardistani culture, and was known by many as a bard of sorts, having written the Shirerothian anthem. He is currently on permanent leave of absence.

Gryphon first joined at some point in February of 2001, before the Hegemony of Alexandros was created. He was invited by his close friend Erik Mortis (who was at the time known as Kaiser Metzler I). He was barely active, but counted among the citizenry of the nation. When the HoA started, he began to post every once in a while on the HoA board. He took the name Nick the Yardistani after being annexed by the Yardistani Annexation Corps some time back. Sometime either in Alexandros or The Republic of Tymaria, Gryphon claimed Yardistan as his own, basically usurping it from its originator Stjepan Aracic. It became generally accepted that the territory was his.

Most of what Gryphon did in his early days was stir up trouble. He mostly felt displeasure towards many of the senior members of the nations he was in and their apparent unwillingness to notice newbies. That all changed when the Whit Rebellion occurred in Tymaria.

Gryphon, seeking to gain some form of Yardistani independence movement, followed the advice of Erik and threatened the Tymarian government with a Spam Cannon. Despite the fact that no such weapon was at Gryphon's disposal, the Tymarian government decided to pay attention for once. Gryphon, as well as Erik, was almost expelled from Tymaria, but after several half-hearted apologies from both sides, it was generally agreed that the whole thing was a big misunderstanding. He did, however, get away with all of Shireroth under the Yardistani flag, and was singularly in charge over a large Anarchy (not counting Tymaria, of course). From that point forward, Gryphon began to be a player in the Micronational world. 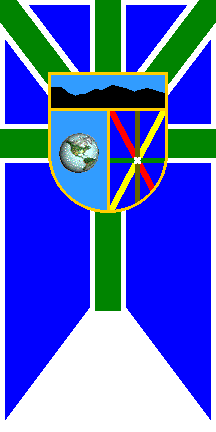 After leaving Tymaria, when Shireroth regained its sovereignty from Yardistan, Gryphon was proclaimed the first Duke of Yardistan. He launched several smaller rebellions, though most of them never took off.

It is also during this time that Gryphon introduced the Yardistani language, along with the less developed Rantsilastani language. Both are constructed languages of his own devising, designed originally outside the context of Micronations for his own entertainment. He is the only person who can actually write in the languages as he never constructed a productive way of teaching them.

Though in his early days he had fun creating mischief, Gryphon became perhaps one the most conservative minds in Shireroth. He believed in keeping up with tradition and trying to preserve the old ways that were around when he immigrated. He was (and still is) against democracy in Shireroth, and believed that average citizens (non-nobles) have no place in the Imperial Government. According to him, lawmaking ought to be reserved to the nobles, those who have earned the privilege. He also felt that micronational economies are a waste of energy, looked down on role-playing in serious situations, and opposed political parties. He is generally an isolationist, and does not look well on dual citizenships, going so far as to write an essay arguing against their being allowed.

He has been highly criticized over the years. Many argued that his policies made it difficult for new citizens to become involved, which was something he had fought against in his early days though nobody cared to call him on it or to remember. Many also claimed that he was probably trying to protect the power of his friends and of himself, especially since most of his positions, his close ties with Erik, and his long tenure had allowed him to have a great voice in the nation. In the Summer of 2004, he was labelled as a central figure in the so-called Old Boys Club.

He has had a number of political rivals in the past, including WarVoid, Harvey Steffke, Philip Locke, and Rakesh Ackbar.

Admitting to some extent his own corruption, Gryphon abdicated the throne of Yardistan after being duke for almost three years (with one notable break). He retired to the job of Imperial Advisor where he would have no direct power over anybody. He served on the council until he departed Shireroth as no Kaiser ever revoked his advisorship. The last cause which he worked towards was the preservation of Old Feudalism, believing New Feudalism to be a grievous change to the fundamental system of Government in the nation. 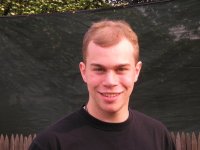 In the autumn of 2005, Gryphon left Shireroth on what he termed a "permanent LOA". This coincided with his starting his second year at University, and as such he wanted to devote as much time as he could to his studies.

Gryphon still floats around the Shireroth boards from time to time, which occasionally generates queries as to whether he might return. However, it has been stated that he has no intention of doing so, and that occasional curiosity, more than anything else, draws him back. Recently, he has been active in his capacity as a linguist to develop a Shirerothian language as a contribution to Shirerothian culture.