From ShireWiki
(Redirected from User:Verion)
Jump to: navigation, search

Ludovic Alixion-Verion Ph.D. is the former head of the House of Verion, Lord of Blackstone, Comes Sacrarum Largitionum and Chief Factor of the Imperial Republic, Inquisitor of Port Impregnable, Lord Regent of Alrodey, High Fishmonger of New Harbor, Lord of Kiladôr, Count hereditary of Cimmeria, and the Grand-Governor of the Iron Company. He also served in the Imperial Government as Minister of Military Affairs and Minister of the Interior.

Ludovic Verion was born in Elsenar, Golshire, during a visit of his father to the Imperial Land. His mother was Alissa Al-Osman, a member of the infamous Elwynnese noble house. Ludovic grew up in Wolfraven, Cimmeria, where he received military training was groomed for the position of Count. During this time, he attended Lewis College of the People's Academy of Elwynn in Minas Valhalla, where he obtained degrees in economy, politics and literature. At age 14, Ludovic, a precocious and gifted youth,

published an essay critical of the Holy Church of the Divine Icebear and left Cimmeria soon after.

Ludovic moved to Goldshire, at first, he began studying for his doctoral exam at the Royal University of Chryste, but soon, he accepted an offer to serve as an apprentice to a private merchant, Joachim Brunswick, and acquired significant wealth under his guidance selling insurance to owners of goldmines. Developing this relationship into an equal partnership, he founded the Iron Company together with Joachim, as a successor of the JM Group and quickly became one of the more established names in the Goldshirithian private life. The vast wealth of the Verion family allowed Ludovic to gain a head-start in trading, and the Iron Company set up several trade missions to Alrodey and Calbion. Ludovic also was instrumental in setting up a private banking system under the flag of the Company. In 1640, he published his dissertation on the Inner Principles of the Insurance in International Shipping and Overseas Trade.

After only one year in the business sector, Ludovic moved to Crowsilver and accepted the position of Grand Squire at the court of his aunt, Layla Verion, where he learned much about governance. After his Aunt's disappearance from public life, Ludovic was responsible for introducint the Blackstone Florint to Crowsilver, 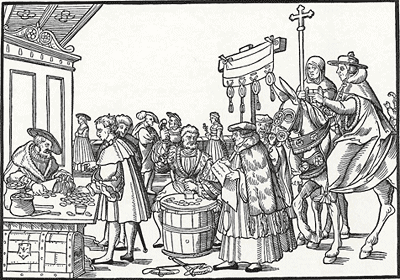 where it was met with initial scepticism from the local population but later became rather popular among the more progressive members of the Crowsilverian society, with progressive being defined here as a disinclination to put the severed skulls of fallen enemies on proud public display as conversation pieces for guests.

Exile and Lordship of Blackstone

After Kaiser Hjalmar-Redquill took power, the Verion family was exiled, and Ludovic moved to Alrodey, where his father was Lord Regent. After the passing of Alix Verion, Ludovic succeeded him as Lord Regent. Ludovic also was instrumental in moving the Verion family, together with loyal supporters, to Blackstone island. The Iron Company thenafter became a Chartered Company of Blackstone.

Ludovic used his business position and his network to turn Blackstone into a hub of economic activity. He organised a governing system, that is often classified by politicologians as corporatist, and assured that Blackstone would be loyal to the House of Verion. The population of Blackstone has more than doubled after his reign had started.

After the ascension of his cousin, Thorgils Tarjeisson, as Kaiser of Shireroth, Ludovic returned to the Imperial Republic. He served as economic advisor to the Kaiser and was later named Comes Sacrarum Largitionum and Chief Factor. Ludovic used this influential position to further the influence of the Iron Company over the economic affairs of Shireroth, deliberately intertwining important duties of the office, such as tax collection and monetary transport.

However, Ludovic grew inreasingly more impatient with Kaiser Dominus. In his opinion, the Kaiser was far too lenient towards the Storish faction in the government, the sworn enemies of the Verion family. Ludovic joined a conspiracy, lead by Tokaray Al-Osman, that was aimed at overthrowing the Kaiser. Unbeknowst to the Kaiser, Ludovic schemed behind his back in order to gather support for the coup. His position as head of the office of Bounties and Factorage allowed Ludovic to bribe the Shirekeep City Guard, who pledged their loyalty to the conspirators. At the annual Oustfest festival, Kaiser Dominus organised a parade to mark the end of his extensive travels across Micras. Near the pavilion of the nobles at the Golden Gate of Raynor's Keep, the City Guard turned against the Kaiser and his sentinels, resulting in a bloody confrontation known as the Oustfest Massacre. Amidst the chaos, Ludovic captured the Kaiser, who had still no idea of Ludovic's shifting loyalties, in order to prevent his escape, and locked him in a room in the Golden Gate. From there, the Kaiser was transported by the Crypteian guard.

Following the Coup, Ludovic became one of only two Imperial Ministers in the nation, being appointed as both Minister of Military Affairs and Minister of the Interior. This made Ludovic one of the most powerful men in the entire nation.

After Al-Osman's rule was overturned, the new Kaiseress Noor sought to prosecute those involved in the Oustfest massacre. Under the guise of "Captain Smith", Verion fled to the island of Evaria, where the Iron Company had established a small trading post. He is rumoured to live there until this day, having founded a small autonomous community on the island.

As a member of an Imperial family, Ludovic lived an easy life until his 14th year, when his rebellious and innovative character first manifested itself. He is not married and has no children, but has been involved in a romantic relationship with the Goldshirithian violinist Natasia ab Fyodor for a while. However, the tabloids have speculated that Ludovic's first love is money, rather than women. Ludovic owns several large mansions in countries across Micras, among which are Verion Hall on Blackstone and Griffin Castle near Ashington, Alrodey. Recently Ludovic is rumoured to be romantically involved with a prominent member of the Ayreon line, but this has been denied by all parties so far.