From ShireWiki
(Redirected from Verion I)
Jump to: navigation, search

Kaiser Verion I, regnal name of Jacob Darylion-Verion, was Kaiser of the Imperial Republic of Shireroth from 5719 to 5768 ASC. Aside from his Kaisership, he served his entire adult life as an Elwynnese politician who occupied several offices in the Imperial Government, most notably as ruling Steward and as Minister of Military Affairs.

Following the Icebear Rebellion, Jacob, being the head of the noble Elfinshi House of Verion, was named Count of Cimmeria in order to stabilise the region. During the reign of Prince Jonathan Ayreon-Kalirion. Jacob proposed a new system for the subdivision of Elwynn. He was named first Lord of Kiladôr. The Lordship of Kiladôr is still in the posession of the Verion family 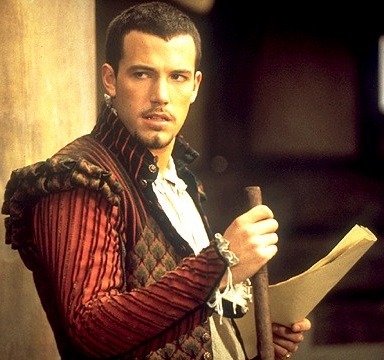 Jacob as Count of Cimmeria

, albeit only being a ceremonial title.

Jacob was named Steward of the Imperial Republic by Kaiser Ayreon III. Much of the fireworks in Ayreon's reign came from him who issued decrees that made growing a beard compulsory, banned several people from the Imperial Republic, and enforced the Charter to relieve the impoverished and inactive province of Neridia of its Imperial Statehood, which was extremely controversial and the source of much debate.

As Kaiser of Shireroth, Jacob took the regnal name of Verion I, during his reign as Kaiser of Shireroth. He ascended to the Imperial throne in 1623. Verion ruled during a time of inactivity and turmoil but nonetheless managed to make an impact upon the Imperial Republic. He ruled according to the principles of what was later called Verionism in his honour, and tried to unify the nation, whilst limiting the Imperial Government. His appointment as Kaiser in 1623 did not come as a suprise, since he had made a name for himself as a strong and efficient ruler

Kaiser Verion I ruled according to the principles of his own political philosophy, later called Verionism, which sought to streamline and centralise government, whilst on the other hand limiting interference in the lives of the peopls. As an example of this, Verion took away the government's right to tax its citizens, something later Kaisers quickly reversed. As a former MoMA, Verion also showed keen interest in Shireroth's military, dramatically expanding a shady secret intelligence called S.W.O.R.D. (Shireroth's Warriors for Observation, Retribution and Deterrence), which he founded during his time as minister.

Verion the First of His Name, Kaiser of Shireroth.

Verion abdicated in 1624 without naming an heir, allowing the Landsraad to elect his successor.

Historians are divided on the contribution of Kaiser Verion to the Imperial Republic. During his reign, the Kaiser was perceived as a stabilising force in the nation. After several large schisms in the Imperial Government, and the resignation of several prominent Shirithians, Verion appeared to bring back the peace. Due to his previous actions as Minister and as Steward, however, the Kaiser was not able to reach all his former enemies.

After his reign, however, the new administration, lead by Kaiser Daniel III found that there was more to Verion's reign than what was visible on the surface. The Kaiser had set up an elaborate scheme to drain the Imperial Treasury and to use the money to fund the S.W.O.R.D. agency, then headed by himself. The money financed several covet operations and functioned as a shadow agency without any control of the Landsraad or the Imperial Ministers. Several missions, many of which remain classified until this day, were rumoured to have had significant geopolitical results. After his reign, Kaiser Verion did everything in his power to prevent an audit by the new government, and instead settled with an undisclosed sum of Erb, paid back to the Imperial Treasury. The Kaiser continued to serve as director of the secret service.

Important changes decreed by Verion I were:

Verionsput, in Shirekeep, was named in honour of the Kaiser.

Kaiser Verion, in his decree of assumption, abolished the Ministry of Military Affairs and instituted the Military as part of the Imperial Office. He had previously served as MoMA and wished to continue his work whilst being Kaiser. The nobles serving in Kaiser Verion's government were: