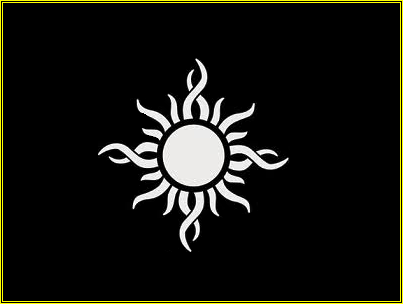 Verionism is a Shirerithian political ideology that has been around since the 5th century but rose to prominence shortly before the Kaisership of Verion I.

The most important principle of Verionism is the "Freedom of the Shirithian". As such, Verionism promotes a centralised nation with limited but concentrated governmental powers. Verionism is critical of Shirithian regionalism for its tendency to expand government and threaten civil liberties.

Economically, Verionism favours laisez-faire capitalism, claiming it to be the fundamental principle through which the Shirerithian economy will grow.

Verionism has been a significant ideology in Elwynn, where it was promoted by the Democratic Alliance of Elwynn. It has similarities with Ayreonism and with the Conservative-Republican movement.

A clear example of Verionism was the reign of Kaiser Verion I, which saw a dramatic decrease of government powers, especially through the Verion Economic Reforms. Some say the current Chapter contains Verionist elements. Verionism has subsequently remained a prominent ideology in Shirithian politics, especially in Elwynn.

In later years, the Cimmerian branch of the Verion family became more closely associated with the Holy Church of the Divine Icebear. Two distinct branches of Verionism can be differentiated, most fundamentally split on the issue of centralised sovereignty (which Northern Verionism opposes). Currently, the Elwynnese chapter of the Verionist Union is supportive of Eki Verion and her government in the Great North.

Logo of the Verionist Union

The Verionists in the rest of Shireroth focussed more on economic policies, highlighting the importance of free trade. Some examples of classical Verionism include both the National Party in Alrodey and the Verionist Union in Shireroth, but most notably the Lordship of Blackstone, a country governed by the Verion family in line with these classical Verionist principles. The same goes for the Iron Company.

Verionism (and the Verionist Union) gained a significant foothold in previously unchartered territory in Shireroth following the Auspicious Occasion and the wholehearted support from the Verionist to the fight against Vanic influences. At this moment, the Verionist Union provides government in several Imperial Dominions, including the Prefecture of Shirekeep. 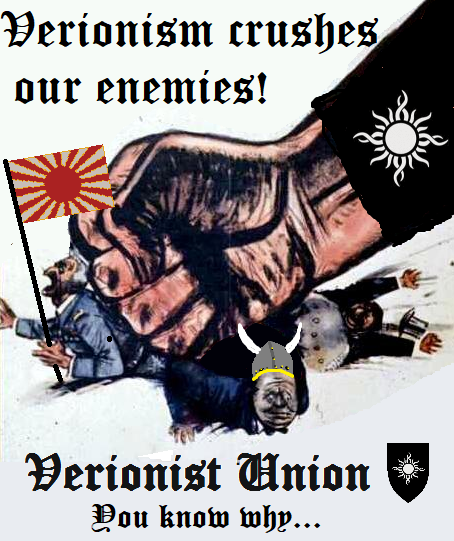 Election poster for the Verionist Union during the 1665 Folksraad elections