Layla Nefeteri Maliana Verion is the current Khanum of Cabbagefall and acting ruler of the Kingdom of Goldshire. Layla has previously served as Countess of Crowsilver and the first female Minister of Military Affairs. She is the only daughter of the late Kaiser Verion I and a direct descendant of the Imperial line. She is of mixed Elfinshi, Norse and Cimmerian race.

Early life and Countess of Crowsilver

Layla came to Goldshire as a young girl to be educated at the courts of Lunaris and Suthergold. As the daughter of the Jacob Darylion-Verion, who was an Imperial Minister, Steward and later Kaiser of Shireroth, she enjoyed several privileges and her career advanced rapidly, with Layla being named Countess of Crowsilver after the disappearance of the previous count, Ryker the Short.

At a long interval after the flight of Daniyal Sikander Dravot and Liv Djupvik, reputedly after discovering that their lives had been cursed by the malevolent magics bound up in the blade of the Sword of Vengeance... or else to escape prosecution for a monumental tax avoidance fraud involving the ESB Group, Layla was appointed Khanum of Cabbagefall, a position of great power in the Kingdom. Only a few weeks after her appointment, Queen Noor of Goldshire was brutally assassinated by her own son, after which Layla assumed the government of the Kingdom. 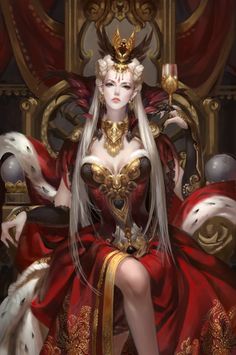 Countess Verion on the Throne of Crowsilver

Although Layla is already mature, her Elfinshi blood makes her look not much older than 20 and she is considered one of the most beautiful women in the country. However, she has never married and refused all her suitors. She did give birth to two children, Eki and Lyanna, who were fathered by one of her Courtisans. She later officially acknowledged these daughters, to the great displeasure of het nephew Ludovic, after which they became members of the Verion family.