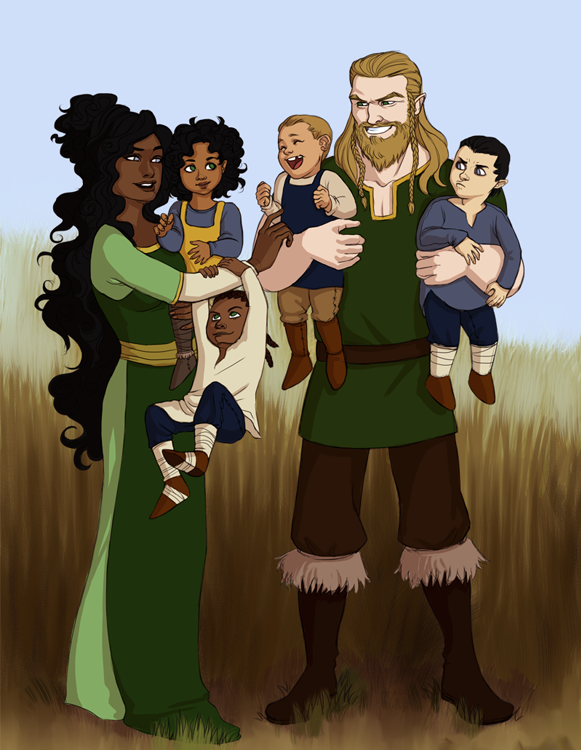 Artwork from a Froyalanish propaganda poster: Depicted is an Elwynnese family composed of a Babkhi mother, a Froyalanish father and their children.

The Twelve Peoples of Elwynn was a propaganda term favoured by the Regime of King Noah in order to weaken Elwdom by encouraging the minority population groups within the Elwynnese Nation to privilege their own identities over that of the prevailing national culture. In so doing, the Elwynnese monarchy, an instrument of the disguised occupation of Elwynn by Stormark, was able to advance its own degenerate cultural practices and belief systems.

The notion is under review as of 1651 AN, following the Auspicious Occasion. The Froyalanish in particular are considered to be a mixture of Norse, Wintergleamish, Amokolians and Elws selected for their racial purity and desirability by incoming Storrish colonists who subsequently subjected them to ruthless indoctrination, brainwashing and psycho-sexual grooming.

The Twelve Peoples of Elwynn are the: