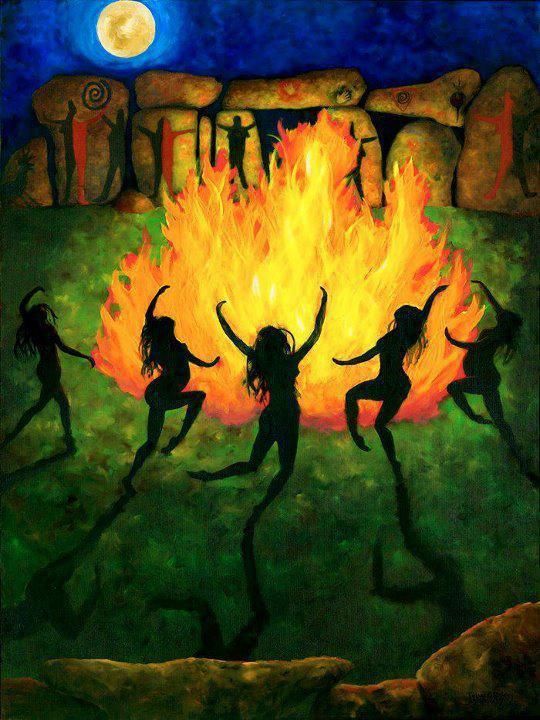 Froyalanish Vanic Priestesses dancing in a stone circle in the Vale of Angularis.

A Stone Circle is a monument of standing stones arranged in a circle, typically dating back to the neolithic period of pre-history. Although the stones are ancient beyond reckoning and no written account of their creators survives they have become sacred to the Vanafolk who associate them with the mythologised times ancient way beyond the memory of woman. It has been customary since the Ducal Reign of Harald of Froyalan (1533-1542) that every hall, castle or temple in Froyalan is to have a stone circle in or near it.

There are over 13,000 officially recorded stone circles in the Jewel of Many Facets as well as innumerable unrecorded ones. The size and number of the stones varies from stone circle to stone circle, and the circle shape can be an ellipse.

The vast majority of stone circles were erected in ancient times in honour of a single God or Goddess, but there are also some that have been raised for the worship of multiple Lords and Ladies Divine, especially in areas in or near the Thirteen Temples of Eluin. In a few areas there also exist stone circles which were built as mortuary monuments to the dead.

Most stone circles have been constructed upon flat ground, although some were instead built on a slope. In some cases, such as Avaldsnes in the Federation of the Seven Ports, the land was flattened especially for this purpose, although in other cases it is clear that the land had been flattened by earlier communities, who had used the land as an area for inhabitation or agriculture.

A stone circle which has been raised in honour of a single deity will usually have a flat circular ritual stone in its midpoint. The aforesaid stone will be adorned with a sign associated with the God or Goddess to which the stone circle is dedicated, which will be situated in in center of that piece of stonework, and the sign will also be encircled with runes. Such ritual stone may also be decorated with several circles and other patterns.