Soreaa Isurui (born 1515 in Michaelion, died 1605 in the Cherokee Sea) was an Elwynnese writer and politician. Following a successful career as a novelist, poet and translator, she was elected Secretary of the Interim Government of Elwynn. 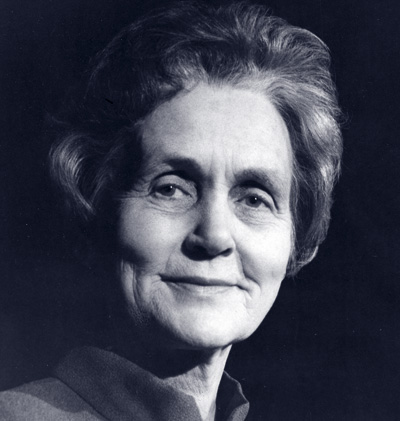 Isurui was born in Michaelion, and lived there for the duration of her childhood and most of her adult life. She studied Elw language and literature at Michaelion People's College and graduated with a Bachelor of Arts from there in 1536. During her studies, she published her first novel in 1535, Bazaar Jaquubion, ("Jacob's Bazaar") to critical acclaim. She went on to study Literature Studies on a postgraduate level, but dropped out to finish her second novel, Majaan Vuzer ("Maya's Death") in 1537. It was her third novel, Alqiemos ("Genesis", 1540), however, that made her known outside the literary circles and famous among all Elwynnese. Alqiemos explored the history of persecution and genocide in the history of Elwynn from the point of view of the perpetrators in six interwoven stories. From her fourth novel, Davides ("David", 1543), and on, her novels were directed to a young-adult audience, which only fuelled her commercial success. All in all, she published fifteen novels throughout her life.

Her debut collection of poetry, Uzbyxan Xyxehion ("A Little Bit of Autumn") was published in 1550. While generally seen as an apolitical work, it explored existential motifs within a contemporary societal setting. The most famous poem from there, "Vuzrai Ken-Li" (Killing Ken Li), allured the famous folk song, and explored in its eighteen stanzas the changes to Elw national identity that steady immigration to Elwynn had brought. The second collection of poems, Leste Redis ("King Lest", 1554), was not a commercial success but hailed by critics as Isurui's best work. The poems of Leste Redis followed events in the mythological Lest's life, from his point of view, with much empathy and understanding of all Lest’s actions. In "Song 7", Lest laments the cruel fate, how he being judged simply for his black colour and seen as evil simply forced him to be evil.

Isurui's epic La Ardaxirxaar ambis ("And in Ardashirshahr, I am", 1578) consisted of 32 songs, and was set in Ardashirshahr during Kaiser Hasan I's last days in life. Various people in the city, but neither assassin nor kaiser, described meeting the Kaiser in the 36 songs of the epic. Her fourth collection, simply titled Azanai ("Swans", 1583) saw Isurui return to her earlier existential style, this time without making points to societal faults. Her last collection of poems Malarbor Vuzyri-i ("Malarbor Must Die") was her most nationalist work and was published in 1592. It accused Shireroth of raping and dividing Elwynn, of forcing the people in East Elwynn into eternal feudalism and servitude. The poems called upon all Elwynnese (not only Elw) to fight against feudalism and bondage. Analysts see this work as a departure from Isurui's early ethnic nationalism to an embrace of a civic Elwynnese nationalist identity.

As an accomplished translator from Norse, she translated some forty novels and other books, mainly from Farewellish authors, but also from Normark, Hurmu and Stormark. She had also studied some Mehl and translated some Mehl poetry for the Faculty of Tapferite Studies within the People's Academy of Elwynn. Her oeuvre is part of the Elwynnese Commons.

Once the government of the Elwynnese Union had decided to engage in reunion negotiations with Shireroth in 1598, Isurui was staying a few months in Leng where Matias, her son, was living at the time. During the political tumult that was going on, she was quickly elected Leng's representative to the Amokolian union-territory legislature. There, she was appointed head of the Amokolian negotiatory delegation. Her delegation was tasked with finalising agreements to give Amokolia independence from Elwynn, and to secure a future for Amokolia as a protectorate with a foreign power. The negotiatory skills that Isurui showed in her dealings with the Union government saw her being appointed to a mediatory between the Union government and the Shirerithian government in the negotiations for reunification. As no party could agree on the actual government for Elwynn after reunification, Isurui was nominated by both parties to head an interim government and constitutional convention.

When the reunification treaty had been ratified in 1600, Isurui was the head of state of Elwynn with the title "Secretary of State". She quickly assembled a constitutional convention, which she headed. The constitutional convention ratified a new constitution in 1601, and Isurui's last tasks was to oversee the election of a new Prince of Elwynn. The first vote failed. One candidate, Warner Barentsz, stood for election, and received two votes. There were four votes against. In the same vote, however, Isurui was elected President of the Senate. So she was to lead the second election for Prince. In this election, Deimos Jasonides stood against Jacobus Loki. With one vote's plurality, Jasonides was elected Prince.

Isurui continued her political work as president of the Senate and member of the Landsraad. In several speeches to the Landsraad, she spoke of her Elwynnese patriotism and how she wanted Elwynn to be respected among the nations of the Imperial Republic.

When the Cabbage Crisis began to affect Elwynn in 1602, Prince Deimos invoked the powers of emergency afforded him under the then Elwynnese Constitution. The Senate and Congress of Elwynn were closed, and the legislative powers of Elwynn were transferred to the secret Council of Eliria.

Once the Senate had been restored and elections to Congress had been held, Prince Deimos was arrested by the UDF in 1604. The Prince had, in leaked emails between him and Isurui, confessed that he hated the Ayreon family and that he wanted "go Babkhan on Nau" (Nathaniel Ayreon-Kalirion). Protests followed in Eliria, and during Deimos's arrest, the Senate removed him from office and elected Nathaniel as the new Prince of Elwynn. The conduct over the vote, over which Isurui presided, to make Nathaniel the new prince brought much controversy on Isurui. For the first time in her political career, there was opposition to her. Senator Jack Lewis of the Ayreonist Independence Party led the biggest opposition. However, Prince Nathaniel remained prince, and Isurui was made his Steward. The powers of state were now fully returned to Isurui for the first time since the interim government.

The Isurui government was seen by the Elwynnese populace to be a very pro-Elw, pro-Ayreonist one. Dissatisfaction grew mainly in Alalehzamin, where Tokaray al-Osman organised a coup against Isurui in 1605. In a letter to Isurui, al-Osman outlined how he had received the support of the UDF in ousting Isurui from the government. A series of letters between the two followed, and Isurui determined, upon checking facts that the UDF allegiance to al-Osman indeed was true, that she had no chance in standing up against al-Osman. She capitulated to the demands of al-Osman. Among the demands was the exile of Isurui. She would no longer be allowed to stay in Elwynn.

Soreaa Isurui addressed the Elwynnese nation in a live stream, where she announced that all powers of state now belonged to the UDF.

After that, she was escorted by the Norse Battalion of UDF Eliria from the Court of the Prince to Eliria airport where a private jet for Bjorngard awaited her. From there, she planned to go to Shirekeep and then consider where to seek asylum for her UDF-imposed exile.

Once the airplane was over the Cherokee Sea, it crashed and killed everyone onboard. No Elwynnese investigation was made on the matter, but a private investigation funded by the House of Waffel-Paine suggested that a Jingdaoese missile was involved.