Lakhesis is the barony of Malliki Tosha. He received the barony as a part of the Musica deal between Brookshire and Yardistan. The barony was previously named Solecism, but the name was changed through a naming competition. The winning name, Lakhesis, was proposed by Oroigawa Koreyasu. After having gone on a prolonged LOA, Malliki Tosha handed the Barony over to Kaiseress Anandja I. 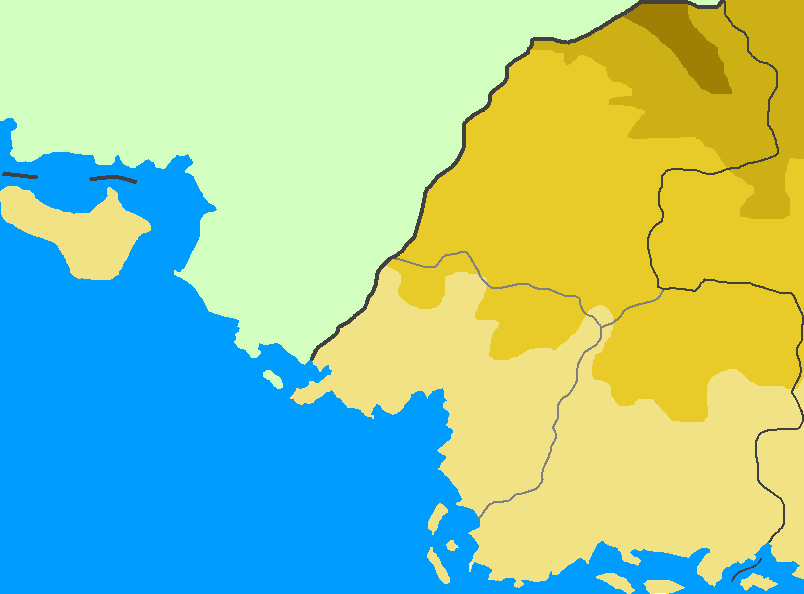 The flag of Lakhesis, with a design similar to the Spanish flag with one horizontal, large, red stripe and two thinner blue stripes, with a golden sun in the red stripe, has been a symbol used in the area since ancient times. The lower blue band symbolizes the waters of the Cosimo Sea and Gulf of Khaz, the upper blue band represents both the sky at sunset and the mountains farther in the land. The red stripe stands for both the red sand of the Lakhesis plains, but also the sky as the sun sets. The sun disc is an ancient symbol for Ra, the Sun-God.

The capital of the barony is Mortis Mercatoria, the largest city in the barony as well as its financial and cultural center. The City of Musica served as capital from 3277 ASC to 3364 ASC, but lost that status in favor of Mortis Mercatoria, partly due to increased dangers to the baronial authorities during the La Fiesta De La B0O0/\/\ celebrations.

Most major cities in Lakhesis are joined together by the SBRS, owned by Benacia Rail Systems Ltd. Port Benacia is joined by ShireAir to Mortis Mercatoria, and there on to Shirekeep.