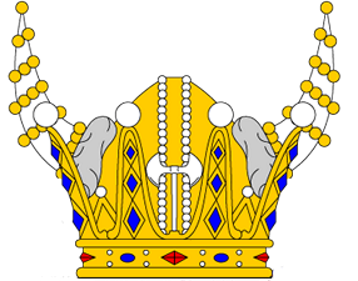 The Royal Crown of Elwynn. 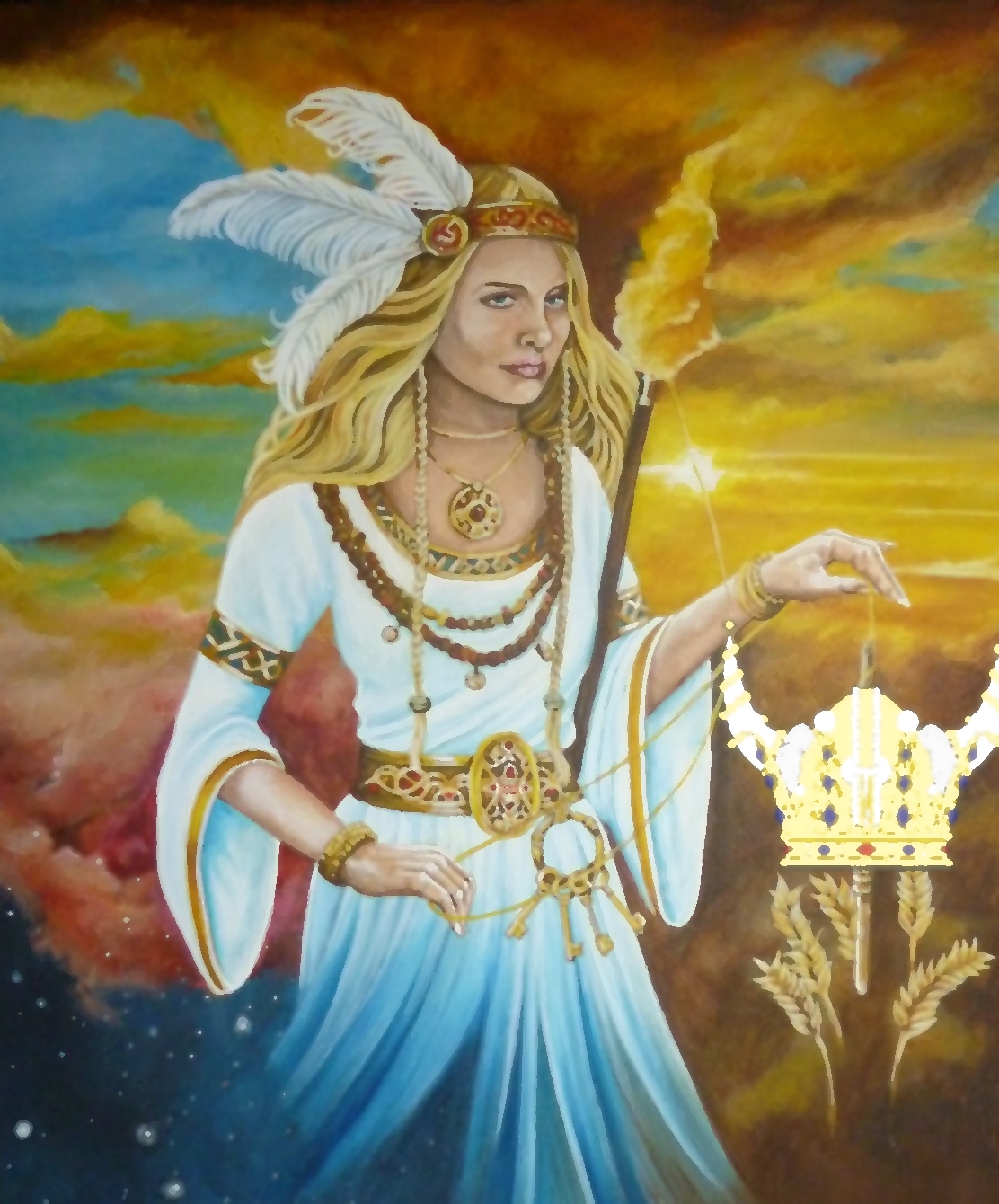 The Royal Crown of Elwynn, which is also known as King Noah's Crown as well as Björka's Crown, is one of the most important symbols of the Monarchy of the Flower of the North and the temporal and spiritual power of the White Orchid Throne.

The crown is very ancient as well as of Valtian origin, where it was first worn by Björka Hnossdóttir when she achieved the Status of Storjarla, and nowadays it symbolises the inherent sovereignty of the King of Elwynn.

The Royal Crown of Elwynn is considered to be a holy relic blessed and invested with certain divine properties by the Goddesses Freyja and Elwynn; the Lady of the Vanir did so during the Days of Valtia, and the White Orchid Lady did so during the Ruling Stewardship of Storjarl Hallbjörn Haraldsson.

The crown is therefore not worn by the King at any other time than the Konungstekja, although it is displayed on a cushion next to the throne chair of the King at very important occasions involving the monarch such as the State Opening of the Royal Parliament and the Arvingstekja. Instead, a wide variety of crowns with pointy tips, crosses and fleurs-de-lis, but without arches (an open crown), are the King's usual headgear at state and royal dynastic occasions.

Aside from senior clergy of faiths worshipping the White Orchid Goddess and the aforesaid Lady Divine Herself, the Royal Crown of Elwynn is only to be touched, upon the pain of Her Wrath Divine, by the King of Elwynn.

Just like the Sword of Goodness and the Ducalia, the crown is kept at the Tower of Araxion.

Adoption by the White Orchid Throne