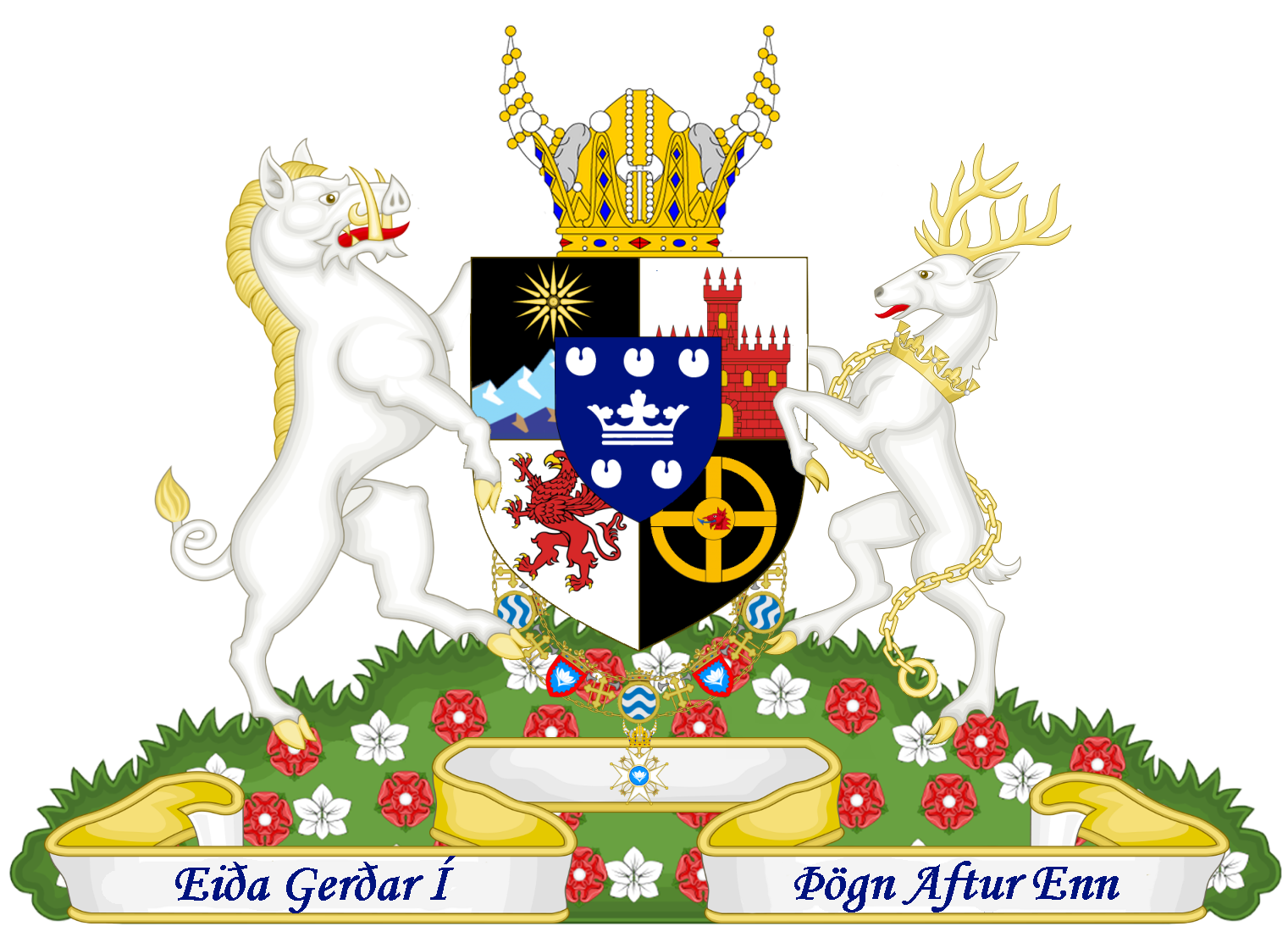 The coat of arms of the Royal City of Tuulersbýur. 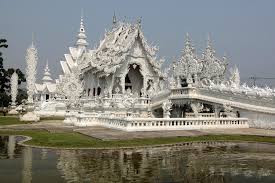 Tuulersbýur, also known as the Royal City of Tuulersbýur, is a city and bailiwick in the Far West which is situated in the Royal Precinct of the Elwynnese Union which is known as the Kingdom of Amokolia. It lies on Amokolia's west coast at the mouth of the Bay of Kings and is the capital of the Bailiwick of the same name. The former Lady Mayor of Tuulersbýur is Lafði Inga Hallbjörnsdóttir of the House of of the Descendants of Freyja. 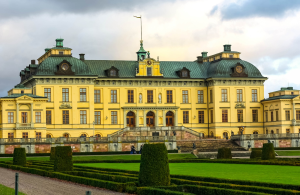 The Jómsborg is the official administrative district of the city where the present Lady Mayor governs the city. It lies on an island in a tidal inlet that is enclosed by a fortress with a harbour, effectively making it a lake. The harbour is overseen by a flaktower mounted with anti-aircraft guns, built on an arch spanning over the harbour entrance which can be closed by an iron gate.

The Jómsborg dates back to the Batavian era and was built up around citadel which has become, since incorporation into Amokolia, the Mayoral Palace, also known as the Jómsborg. From this palace the Lady Mayor can issue proclamations, receive guests and order ill-conceived quests into the rural interior of the Bailiwick.

In 1623, Inga Njallsdottir inherited the Jómsborg from her great-grandmother. In that same year a devastating fire took hold in the citadel which raised the western ramparts and arsenal. After surveying the damage Inga hired Elw architects to rebuilt the ruined site in accordance with a palatial design more in keeping with the fashion of Eliria following the Kalirion Restoration.

The Vineta Temple, also known as Hvíturtemplet, which meant "white temple" in the Froyalanish and Wintergleamish languages, was a Vanic Temple situated on the outskirts of the Royal City of Tuulersbýur. The temple derived its name from a semi-mythical Valtian trading town called Vineta reputed to have been situated in the vincinity of the temple's location. Its other name of Hvíturtemplet (white temple) was derived from the white garments the Goddess Elwynn often wears.

The temple was deconsecrated and demolished on the orders of Zinkgraven to serve as the site for an over the horizon radar facility observing the Great Western Sea and Keltia.

Batavian society had regressed somewhat prior to the arrival of the Elwynnese. Taking advantage of the chaos a Norse raiding party had set up a permanent encampment in the reed marshes outside the entrance to the harbour of the Jómsborg. These Vikings subsequently came to control the rich off-shore fisheries and play a vital economic role in the life of the city.

Missionaries from the Church of Elwynn are known to be active amongst the Norse fishermen.

The MoMA Station at Tuulersbýur was established by the Shirerithian Ministry of Military Affairs in 1641 to provide a base from which to conduct Operation Mockingbird[1]. With its busy construction and maintenance crews and constant demand for timber and provisions, the MoMA Station is fast becoming one of the largest employers in the bailiwick.

The Bailiwick of Tuulersbýur is set on a rocky shore surrounded by heavily forested and hilly terrain. The only roads into and out of the city are unpaved track-ways that are virtually impassable to vehicular traffic during the spring and autumn thaws and the winter months. The Kingdom of Amokolia had asphalting crews out metalling the roads in the new territories but these had to be laid off after the Queen of Amokolia began subsidising the sale of beer and granting a 39% discount on all taxes for the fiscal year to any Bailiwick in the Kingdom which could prevail upon a woman to ride naked around its boundaries during first day of the month of Nomeziooqu[2].

The inaccessibility of rural Tuulersbýur makes it a magnet for naturalists wishing to the flora and fauna of eastern Benacia in its natural environment.

Fishery, forestry and shipping are the foremost economic activities. The fisheries are controlled by the Norse whilst the Batavians and Amokolians vie for control of the forestry concessions.

The native inhabitants of the area were Batavians who have since been joined by bands of Norse and Amokolians. The city is likely to be heavily colonised by the Froyalanish in the future.