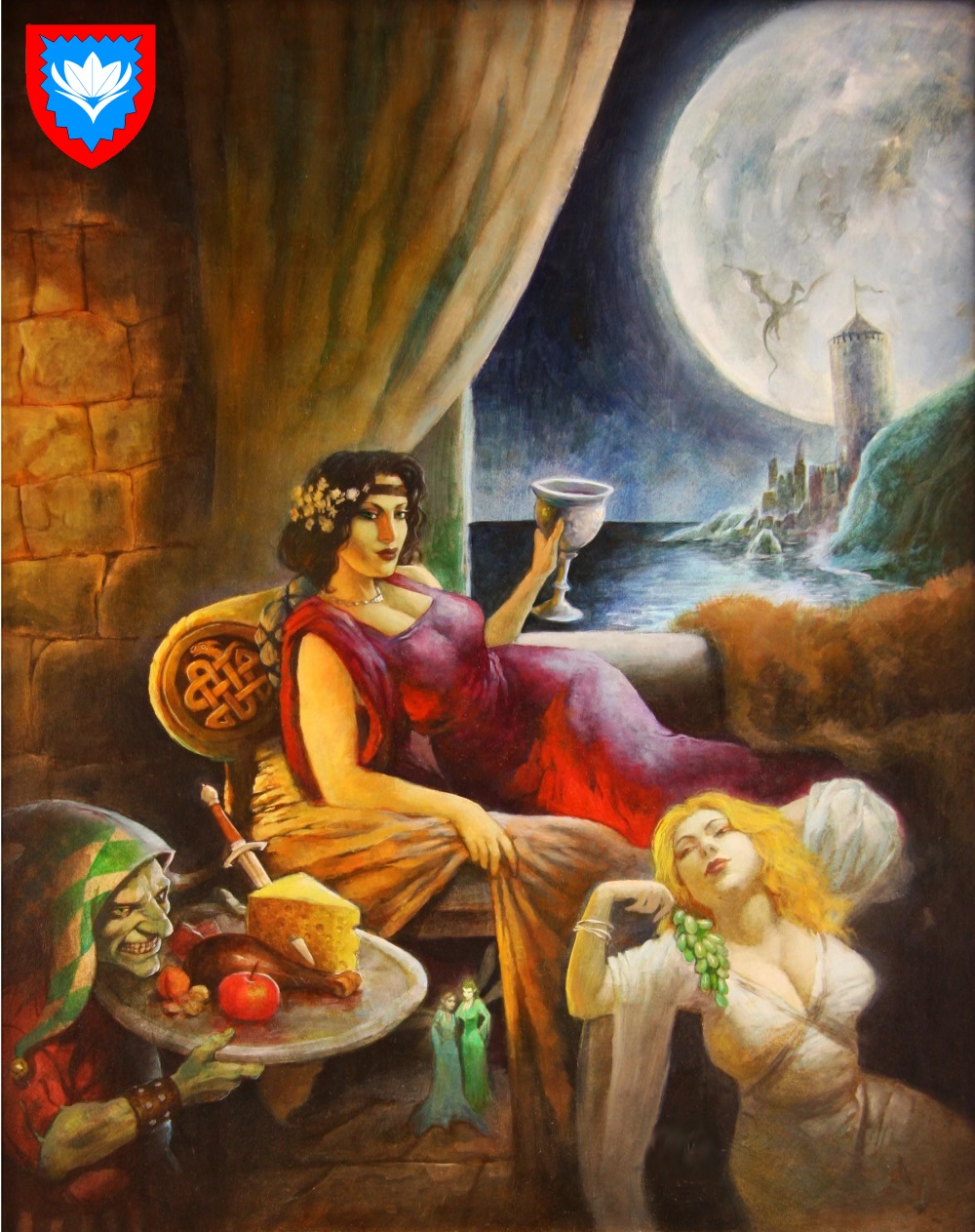 Duchess Isabelle Allot lounging with her companion during her Ducal Reign (1558-1559).

Isabelle Allot was the Twenty-Third Ruler and Seventeenth Duchess of Elwynn. Daughter of Andrew Allot, and aunt of Aaden Allot.

Isabelle Allot was raised secretly in the forests of Araxion by the Elfinshi. She is the daughter of Andrew Allot I, and served as Countess of Araxion. Isabelle is half-Elfinshi, her mother is unknown.

Soon after her father's unfortunate death, Lady Isabelle journeyed to Eliria, seat of Ducal power in Elwynn. In the city, which was under quarantine, she was apprehended by a member of the secret police and her traveling companion was imprisoned. Isabelle escaped and was rescued by an agent of Leo Dine. Isabelle's companion, meanwhile, was sentenced to death by the Baron of Eliria. Before the sentence could be carried out, Isabelle reached Duke Nathan and the Duke promptly banned corporal punishment.

Isabelle returned to Araxion as Countess. She has participated extensively in the Ohl'Tar Wars and was single-handedly responsible for the discovery of Narrativity. She later succeeded Leo Dine as Duchess of the Jewel of Many Facets and has also served as Prætor of the Landsraad as well as Minister of the Exterior.