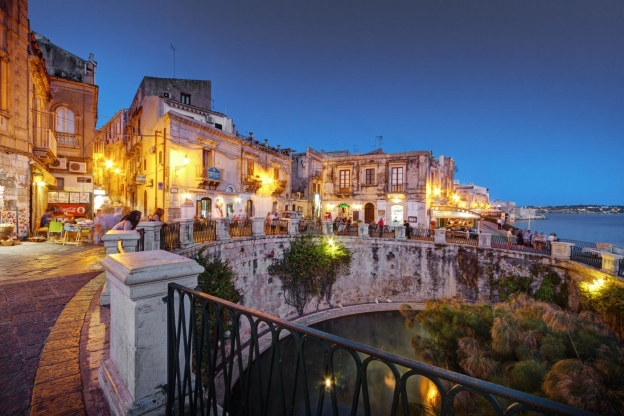 Scoglitto's Old City is renowned for its romantic atmosphere.

Scoglitto, also known as the Città di Scoglitto, is a Tellian city which is situated in the Deep South and which is surrounded by the Bailiwick of the Princely Precinct of the Elwynnese Union called the Emirate of Alalehzamin & Utasia which is known as the Vale of Angularis. The city is one of the Hólmlendar.

Scoglitto is one of the most prominent cities of historic Tellia. It is for a time being administered by the Kingdom of Amokolia, but was transferred to the Emirate of Alalehzamin and Utasia in 1638 along with the Bailiwick. The enclave will, in due course, be retroceded to the Tellian Confederation in accordance with the provisions of the Treaty of Gloomburg.

The banner of the city of Scoglitto.

One of the things that strikes visitors to Scoglitto most when arriving there is the prevalence of the city's banner, which presence is nigh inescapable. This is caused by the great fondness of Scoglitto's inhabitants for their banner and they therefore display it in any and place one can imagine. The banner is usually displayed or flown alongside the Tellian national flag.

Between 1633 and 1639 Scoglitto was besieged by the forces Sighvat the Yardistani operating from the southern portion of the Forest of Angularis. The Fleur de Lys-Longships Guard played a vital role in keeping the city connected to the outside world by air, maintaining an 'air-bridge' of munitions and supplies to the beleaguered garrison of Cudgellers and conducting regular sweeps by helicopter gunships that kept Sighvat's forces from establishing a permanent presence in the enclave.

The siege ended in the 4th month of 1639 when Sighvat broke off the blockade of the roads leading in to Scoglitto in order to prepare against the expected arrival in the Vale of Angularis of the Arandur of Alalehzamin & Utasia.