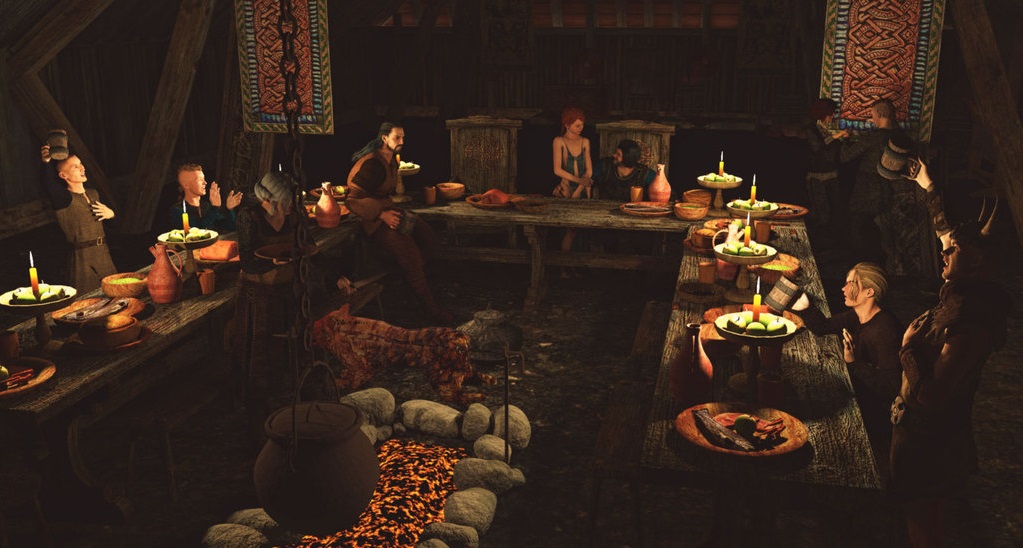 The Perpetual Feast during the Ducal Reign of Mari Greenwood.

The Perpetual Feast was an ancient Elwynnese custom and social event which entailed the entertaining, feasting and feeding at the expense of the Ruler of Elwynn of any Shirithian whenever they choose to drop by in the Lands of Elwyna. The purported intention of this openhanded generosity was to signify the ruler's wealth and power as well as his commitment to the disparate population under his rule.

The custom was claimed by the Froyalanish to have been instituted by the Duchess Mari Greenwood, the fifth duchess and subsequently first Baroness of the Flower of the North. The custom was, after having been abolished in the Ardashirian reign, revived during the tenure of the Storjarl Hallbjörn Haraldsson of the Houses of Ayreon-Kalirion and of the Descendants of Freyja as Ruling Steward of Elwynn (1623-1632). The tradition was discontinued again after the Auspicious Occasion.

In the past visitors were feasted in the Ducal Palace, which is nowadays known as Eliria Castle. During the revival of the Perpetual Feast, its guests are received in the Duchess Mari Greenwood Hall, which was a purpose built mead hall in the capital of Elwynn, Eliria, and opened in a formal ceremony by the then Prince, Thorstein Noah. The hall was for all intents and purposes considered a Royal Residence during the reign of the King.