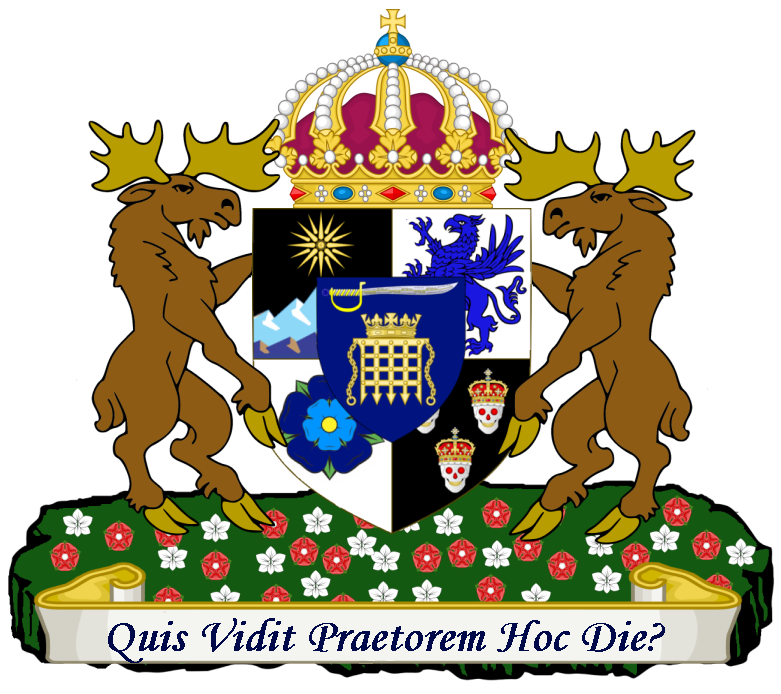 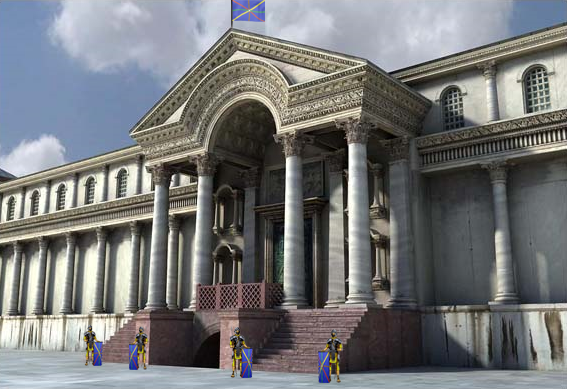 The Frontgate of the Palace of Zirandorthel in days long gone by. 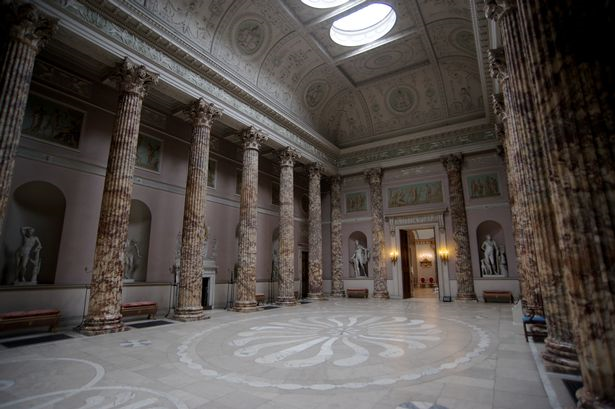 The Landsraad Statuary Hall of the Palace of Zirandorthel just before is official opening.

The Palace of Zirandorthel is a federal building complex which houses the Landsraad, the federal legislature of the Imperial Republic of Shireroth. It is situated in the Landsraad District in Shirekeep. The building is named after the Zirandorthel who once served as Praetor. For a short while it was called the Palace of Fjǫrleif, after Elwynnese Princess Fjǫrleif Hallbjörnsdóttir, the present Prætor of the Landsraad. But this name choice was criticised and received little support. The Baths in the Ancient City were named after the Princess instead.

In front of the palace is the famous equestrian statue of Praetor Nicholas Raglan, and its legendary cast-iron Front Gate both keeps out non-members and serves as a meeting-point where they can protest the body's actions. It once was an important meeting place for minor nobles and commoners, now just an entrance. Before 4042 ASC, Minor Nobles had to make law proposals at the Frontgate of the building, but since the reign of Kaiser Ometeotl I all nobles can enter and speak inside the Landsraad. In the present day and age even some prominent commoners may do so.

The Palace also has a much less conspicuous Postern Gate, built by Nicholas Raglan as a secret escape route during a period of tensions between the Kaiser and the nobility. The period ended amicably when Kaiser Trantor III signed the famous Mango Carta. Tourists are welcome unless there is a meeting going on; while adults view the majestic meeting hall which is known as the Hall of Oratory, children can try their hands at the fun Landsraad Water Bottle Toss game outside.

The Landsraad Statuary Hall is a chamber in the Palace of Zirandorthel devoted to sculptures of prominent Shirithians. There are 24 of such statues: twelve of Kaisers and twelve of individuals which have been put forward by the Imperial States. Each Imperial State may choose four such individuals.

The Landsraad's Arms is the plush and exclusive in-house pub and restaurant of the Landsraad where patrons wine and dine at taxpayers' expense, to the exuberant chagrin of the latter. It is open to members of the Landsraad, their guests, passholders, and members of Landsraad staff. The pub includes a legendary snug called the Last Order.

Any member of the Landraad may distribute a number of passes for the Landsraad's Arms. Those passes are status symbols and therefore highly sought after.

Throughout times various forces has been charged with providing security at the building housing the Landsraad and the premises thereof. In the part of the Prætorial tenure of Princess Fjǫrleif Hallbjörnsdóttir that coincides with the reign of Kaiser Dominus Tarjeisson, the Scholae Equites Singulares of the Middle Guard of the Palatini Corps of the Imperial Army were designated to serve as Landsraad Guard to carry out various security and ceremonial functions for the Landraad.

The Order of the Sentinels

In 1642.6319 AN.ASC a squadron of Hussars was raised for the defence of the Landsraad as part of the Order of the Sentinels, the Kaiser's personal bodyguards.

Since 1643.6328 AN.ASC the Scholae Equites Singulares of the Middle Guard of the Palatini Corps of the Imperial Army serve as Landsraad Guard. The members of the Landsraad Guard serve, on the premises of the Palace of Zirandorthel, as well as on any other location where the Landsraad decides to assemble in accordance with law, as ceremonial guards of honour, ushers and other such functions including service as Cudgeller-at-Arms.

From the self-same date of 1643.6328 AN.ASC each of the Electors of the Landsraad is also, for so long as they hold the aforesaid title and dignity of Elector, a member of the Landsraad Guard and holds, irrespective of any other commission held, the military rank of Tribune Laticlavius, with full entitlement to the uniform and benefits arising thereof.

The Prætor holds the rank of Legatus Imperii in the Scholae Equites Singulares of the Middle Guard Legion of the Palatini Corps and is qualitate qua the commander of the Landsraad Guard. Zie may recruit such persons as may be deemed suitable by zie, to the limit of 5,000 persons.