Order of the Sentinels

Founded by Kaiser Aiomide in 1602 AN by Imperial Decree Nº 612, the Order of the Sentinels was created to provide personal protection and secure transportation for the Kaiser. The Order was divided equally into the White Company and the Blue Company, a section from each attends upon the Kaiser at all times. Details of the Order are scant but total force is not likely to exceed two hundred men or women and can be expected to specialise in VIP protection and close-quarter combat. In addition, Kaiser Aiomide used various Sentinels in the role of an aide-de-camp when planning the campaign that would lead to his conquest of Shirekeep.

In 1642, the Order of the Sentinels was expanded into a regimental strength formation and charged with ensuring the security of the Kaiser, the Ministers, the Landsraad, embassies, consulates and other diplomatic buildings as well as foreign dignitaries stationed in or visiting Shireroth. The force subsequently expanded at a steady rate throughout the 1640s, providing bodyguards for the military and civilian leadership of Imperial Republic. At present at least 1,392 sentinels are deployed performing close-protection and liaison duties on behalf of the magisters and legates of the Imperial Army. 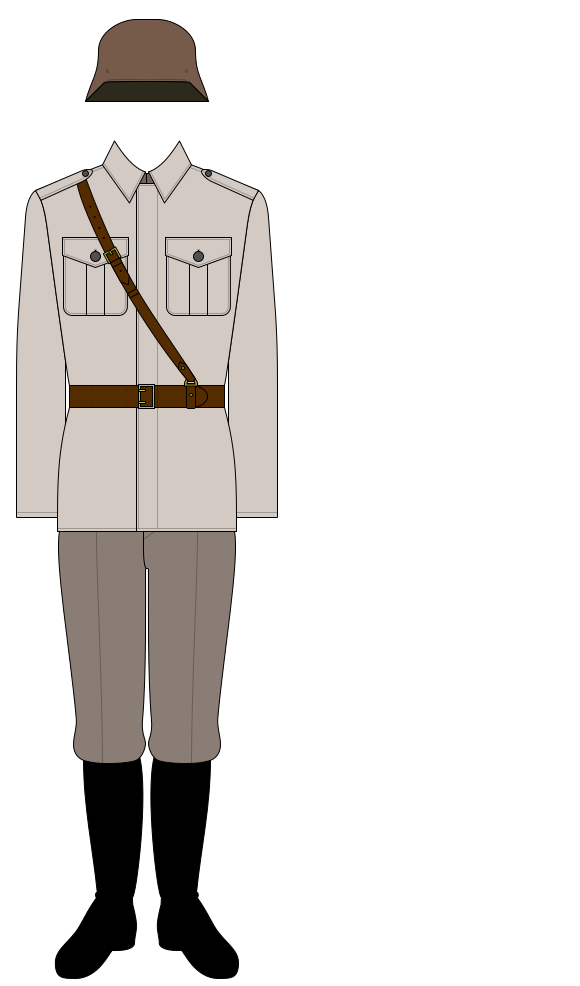 The Sentinels use a grey and beige variation of the uniform of the Imperial Army.

Until the Oustfest Massacre Order of the Sentinels had reported directly to the Kaiser and was thus entirely outside of the regular military chain of command. The defeat of the Sentinels, which was in part due to a lack of coordination with the Palatini Corps, saw this policy reversed and by 1652 AN the Order was fully integrated into the Palatini Corps as a Scholae legion of the Imperial Army. It retained however its distinct privileges and, as a Scholae unit, reported to the Imperial Household for all matters pertaining to the security of the Kaiser and Raynor's Keep.

In 1658 the policy was reversed again and the Order of the Sentinels reverted to the Imperial Household, retaining only an affiliation with the Scholae Excubitores, allowing the order to focus on close protection whilst the latter focused on recovering its elite guards infantry status. Relations between the Sentinels and the Exubitores remain close however, with the members of the Palatini Corps frequently serving as the opposing force in ambush-survival, VIP protection, and CQB drills.