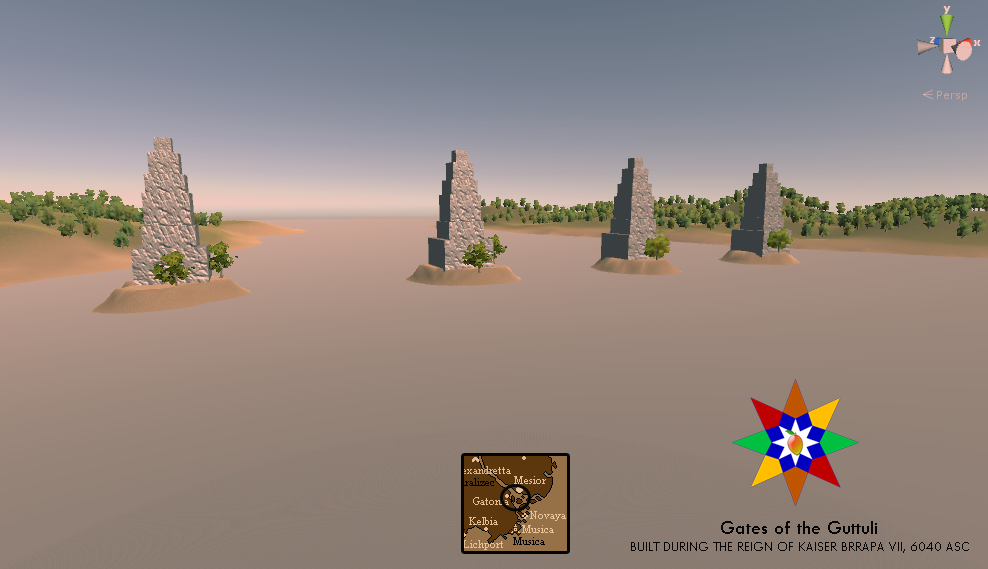 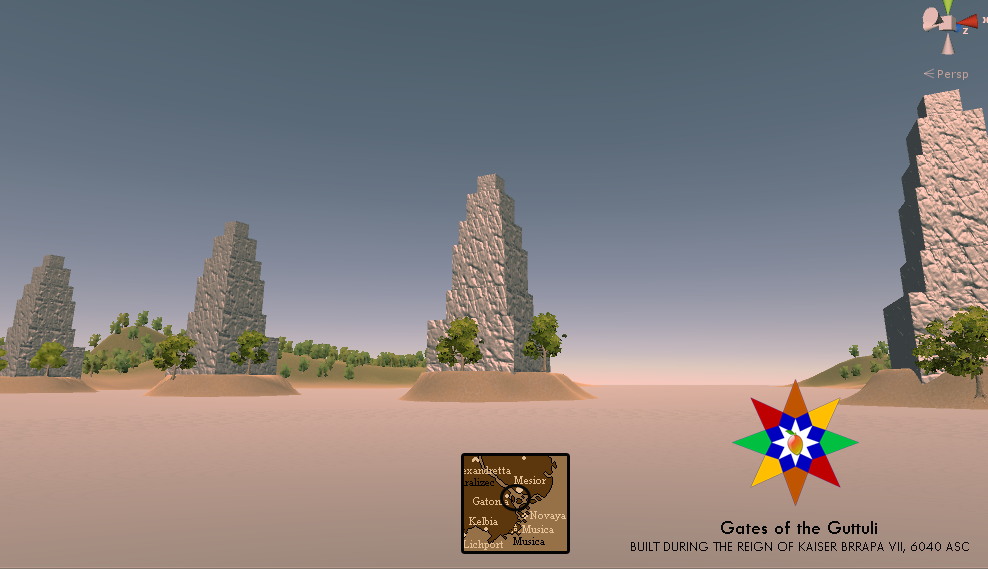 The Gates of the Guttuli are four massive towers of marble, constructed during the reign of Kaiser Brrapa VII. Built at the estuary of the Elwynn River (the Gurtuli) between the Counties of Lunaris and Krazilec in 1633.

The towers were meant to impress visitors from oversea during an era in which Shireroth had lost much of its influence and prestige. Lord Enoch of Lost Woods, referred to it as a fitting metaphor of it for the Imperial Republic: a giant pile of useless rock that will not change, no matter how much cause there is or how much time passes.

Three of the four towers represent the States during Brrapa's reign: Elwynn, Lichbrook and Goldshire. While the fourth would represent the Imperial Dominions, or the desire of the Kaiser to revive Yardistan as a State.

In 1643 they were taken over by the Imperial Forces and the Imperial Marshals as a toll barrier where the river traffic heading too and from Shirekeep can be boarded and taxed. The Gates were also fortified as a natural defensive choke-point which could be closed off to hostile incursions by the laying of naval mines in a barrage across the mouth of the river and the raising of a steel barrier between the four towers.

From 1646 the Gates were used as a place of execution for unregistered traders found to be carrying on interstate commerce.[1]