The Domain of Malarboria is an Imperial State of Shireroth, one of two legal entities that came out of the Kingdom of Lichbrook (the other being the new Imperial Dominion of Brookshire). Malarboria occupies the southern and western lands of the former Kingdom, about two-thirds of former Lichbook, along with the eastern lands of the former Minarboria. After the ruling necrarchs of Lichbrook and Minarboria collapsed and died the true death, the Imperial State was left to ruin and eventually fell into inactivity and defaulted its right to autonomy in 1649.

Kizzy Drakland was successful in securing the Sword of Fire, using it to assert control in the kingdom, and as a favor to her estranged son, Kyle Kilynn, secretly lured eight demons away from Demonsfall and gave them dominion over the regions of Malarboria. The Rrakanychan Watch, which allowed the demons to escape, was purged after the 8th demon left the city, and it is unlikely more demons will be allowed to escape.

The borders of Malarboria as they stood in the year 1651 AN, subsequent to the conquest of Lachmeren but prior to the annexation of the Vale of Angularis. 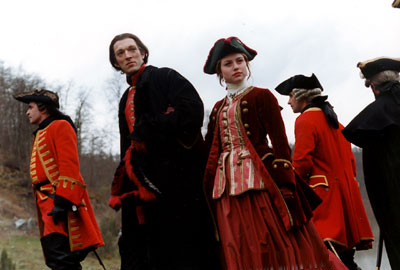 Imperial Marshals assisting the Devotee & Mortal Lady (Sibyl) of Amarr in overseeing the expulsion of all old and decrepit things from the county, at the behest of some infernal power[1]