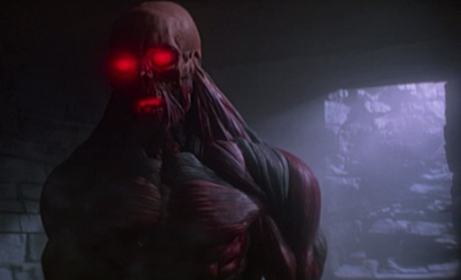 Talrex Sortan, Throne (Leader) of the House of Revenance, the first recorded Lich - jealous of the knowledge of the arts of Mors and greatly angered by the careless manner in which the gift has been bestowed by Mira Raynora and Lyssansa Rossheim in defiance of the will of the Gods..

Liches are humans who have died and become necromantically re-animated to eternal undeath as revenants. Their power has grown steadily over the centuries. Largely extinct as of 1652 AN following the sudden failure of the chthonic energy fields which had hitherto sustained their presence on the Benacian continent.

The study and creation of revenants began in Brookshire, traditionally the heartland of Mors, the death-god of Cedrism. Necromancy, as an arcane pursuit, was forbidden unless Mors himself willed it. The Children of Mors and their allies, the Adepti and the Technomaezji, were thus known to dabble in the animation of dead flesh in strictly controlled conditions far away from the public eye. So the art was developed and sustained, quietly, over several millennia, but was never approved for mass use. The fate of the Empire of Khaz Modan was considered to be a dire warning to all those who would allow arcane and chthonic knowledge to be casually applied without due care and diligence.

This caution was thrown aside by Anthrazita von Rossheim (Mira Raynora Major) whose imported Riskai minions, known as Deathsayers and Deathgivers, were installed in Maltenstein and there, over subsequent decades, oversaw the subsumption of Brookshire into the realms of the dead until finally almost traces of the celestial and human supremacy were expunged and the Duchy rechristened as the Kingdom of Lichbrook. Legions of liches and zombots poured from the Brookshirian interior to cement her rule, invoking the power of the old gods to subjugate the (unfree) mortal population but simultaneously defiant of them. The descendants of these liches and zombots would go on to play the leading role in the creation of Minarboria.

Humanists in Elwynn (outside of the Froyalanish ruling class) and Goldshire now consider them to be the single most dangerous and persistent threat to humanity in existence. The Imperial Government on the other hand values their durability and accumulated wisdom (to say nothing of the cohesion of the Imperial Republic), so has the fun task of maintaining Shireroth as a Federative Commonwealth in which the realms of the Lich Queens remain an integral part, whilst keeping those whose inclination is to recoil in horror reassured, and at the same time restraining those whose who might be tempted to act rashly in regards to the Revenant Question.