Difference between revisions of "Dutch" 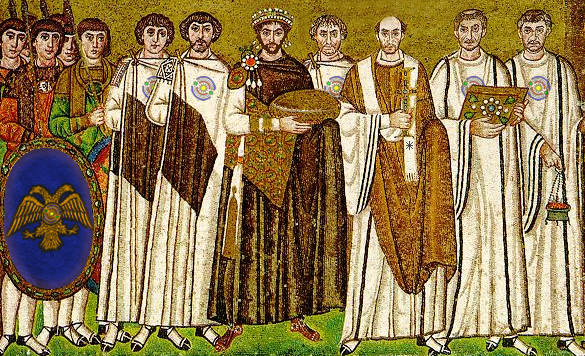 The Dutch (Taodosius I), surrounded by nobles (clothed as soldiers), magicians, the clergy and the historians.

The Duke or Dutch of Kildare is the supreme leader of the Dutchy of Kildare. Since 5141 ASC this position became hereditary and a variety of titles came into existence: Ruler of the Eastern Empire or Dominator (by Flavius I). Nowadays the House of Myksos rules the Eastern Empire.

The first Dutch was Patrick Foley, who ruled from a palace in Apollo City. Later, with the loss of Audentior, the Dukes would rule from their residence in Blackrock Nua. It was not until Dutchess Ignatia I that the Dutchal Court moved back to the City (however, this would only become official during her successors reign).

A lot of information is lost of the Dutches of the Old Era (period of the Lost and Dark Age). It's unknown how many Dutches there were or how many times someone became Dutch. Dates and information gathered here, are guesses done by the many historians within Kildare. 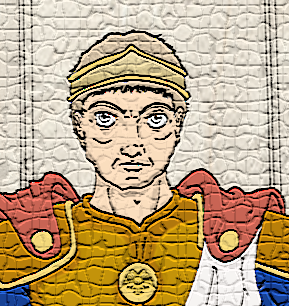 Fresco of Dutch Flavius I Myksos in the Red Catodral of Apollo City, based upon the state portrait.

Began after the of Jonas as new Dutch. In this period, every Dutch got a number after his name as with the Kaisers to avoid confusion.