From ShireWiki
(Redirected from User:Jack)
Jump to: navigation, search

Jack is a Dutch micronationalist who is currently active in The Brettish Isles, Shireroth, Flanders and Stormark. He is known under multiple aliases, the most well known of them being Jack Mounford, Jack Lewis, and Jacob Darylion.

Before becomming active in the Micran sector on a large scale in 2012, Jack was already a micronationalist. As a 13-year-old, he founded the Kingdom of Castrigia in 2007, a nation that existed untill 2011 although it knew large periods of inactivity. During his journey through the micronational core, Jack became aquinted with some well known micronationalists and participated in international discussion forums on the subject. As King of Castrigia, Jack learned about the Kingdom of Batavia, where he had some diplomatic interaction and later became a citizen. Due to other interest and real life duties, this period of Batavian activity ended rather soon.

In 2012, Jack decided to return to micronationalism. Quite understandably, he returned to the Kingdom of Batavia again. Sadly, the best times of the Kingdom were forgotten and gone. The Batavia as he had known when he was a citizen the first time was no longer there. Following his old time micronational friend Jonas, Jack became a citizen of Southbatavia, a nation that recently seceded from Batavia.

The first character that Jack created was Jack Mounford, head of the newly established order of the Knights Templar, a Catologian order that protected the faith. A citadel was erected and a new, militaristic, side of the Catologian faith was born.

After the Juan rebellion in Southbatavia, the Order was weakened. Together with some important businessmen and officers in the Southbatavian army, he sailed to unknown lands.

The island they landed was the Island of Maraguo, or as the local Celtic tribes called it: Calbion. Mounford stumbled upon a divided nation. The south was still very Maraguan, but the north was under control of the larger population of the celtic tribe of the Calbain. With the help of Jingdaoese forces, Mounford united the country and placed it under Southbatavian controll. He himself was declared Count of Calbion. But that didn't prevent the Maraguan population to rise up agains the, mainly Calbain, government. This resulted in a bloody uprising that was dealt with accurately by the Calbain and Southbatavian forces. Subsequently, Jack Mounford recieved the title of Prince of Calbion. The reign of Jack Mounford saw large cultural development on the Island and the Calbain culture reached new hights. The title of Prince was changed to King in the later part of Mounford's reign.

Several incidents occured however which created a schism between Calbion and the Southbatavian mainland. The first incident was the rocket launching site. The Emperor wanted to create a rocketbase on the isle of faenor, but the local residents protested against this. Mounford was unable to prevent the creation of this site and had to settle for an aircraft base which also included the rocket facility. The second incident was the raid of the Calbionese pirate Callaghan of a Natopian trading ship and of a Natopian holiday facility for homosexuals. The cruelty which the pirate showed towards his victims led to a diplomatic crisis between Calbion and Natopia. This was only enlargened by the crash of a Natopian airplane on a Calbionese square afterwards.

No longer wishing to submit themselves to the rule of the despotic Empress Sisera, The Calbain rised up in a rebellion against Jingdao. A declaration of independence was handed in and Jingdaoese soldiers were killed. Sisera reacted by attacking Calbion in full scale, destroying large parts of the country and killing the large majority of the population. A desolate and post-apocalyptic landscape was all that remained of the once proud land.

In 4956 ACS, Jack Lewis became a citizen of Elwynn. He resided in Normark, then part of Elwynn, in a luxurious cottage. When Normark left the Elwynnese Union, Lewis moved to Eliria. It didn't take much time before Lewis was voted in as Senator of Elwynn, a position he has held for a long time. This was the time in which Prince Jacobus Loki tried to reunite Elwynn with Shireroth. Lewis was very much opposed to this plan, although he supported Loki in his other actions as prince. Lewis and Elijah Ayreon formed a resistance against the reunification. However, after several secret meetings, Ayreon changed his mind and joined the support for reunification. Lewis was desperate and tried to commit suicide. Lewis was declared dead and many Elw mourned him. After a while however, it turned out that Lewis' suicide had failed and that he was still alive. The suicide attempt however resulted in permanent brain damage that probably explains a lot of his later actions.

After his recovery, Lewis decided to fight for Elwynnese independence again. He created the Ayreonist Independence Party, which became a major fraction in the political landscape of Elwynn, at one point even becomming the largest party of the country. The AIP was founded upon the memory of the deseased Elijah Ayreon and upon the Elw principles that Lewis had supported before. Lewis' work for Elwynn was recognized and he was appointed Steward of Elwynn by Deimos Jasonides, the new prince, in 5130.

Jack Lewis recieved more appointments, such as Keeper of Fieldburg in the early 5th era. The greatest honour bestowed upon him was the appointment as Minister of the Exterior in 5199. Lewis however got in some trouble with Prince Jasonides and Mr. Al-Osman for displaying Libertarian and Conservative views regarding economics and freedom to the people. For this reason, the relationship between Lewis and the government became troubled, resulting in losing the position of Steward of the state. As Lord of Fieldburg, Lewis introduced free market policies which helped the economy grow. However, this decreased when Elwynn abolished money.

During this time, the Holy Church of the Divine Icebear reached public popularity. High Priest Jaqen X'halar managed to give the Church a new boost and many Elw, especially in the North, joined the Church. Jack Lewis also became aquinted with the Church, showing more and more devotion and often quoted passages from the Book of Ice. After the appointment of Tom Cruise as High Priest, the Church radicalized even more and, under the leadership of Jack Lewis, eventually executed a coup d' etat in Elwynn. This coup failed however, and Jack Lewis was banned from Elwynn. He flew to the Dutchy of Kildare, where he was accepted as citizen. Around the time of the coup, Lewis was also participating in the Kaiser elections, where he made himself unpopular by proclaiming extreme statements and ramblings about his faith. In his final deed, Jack Lewis flew a plane into the Cedrist Temple in Shirekeep, killing himself. This act of terror, causing the temple to explode and collapse, lead to a global bannisment of the Icebear Church.

After being involved with the Kingdom of Batavia, Jack, under the name of Jack de Montfort, founded the Commonwealth of the Brettish Isles, and island nation in the northeast of Micras. The Brettish Isles were of to a rapid start and many interested micronationalists joined the nation. Sadly, it too eventually collapsed into inactivity.

Jack returned in Shireroth a few days after the demise of Jack Lewis with the character of Aeneas Malak. He served as the Minister of Military Affairs and was a public advocate for the national legalization and popular acceptance of fighting pits.

Llywelyn Jack Lewis was the current Governor-General of the province of Calbion. He was a man with a strong history in leadership in Calbion and had served the Calbain population almost his entire life. For that reason, he was rewarded the appointment. Lewis was a man with a large backing of the Calbain community which was loyal to the Brettish government and whose life had been an example of the hard work and the willpower that had always characterized the Calbain.

Llywelyn Jack Lewis was born in the village of Gwynneth in central Calbion during the Maraguan period. Lewis' mother had been killed during the Jingdaoese-Calbain war among with many other members of the Calbain community who were massacred by the Jingdaoes forces. Lewis' father survived the slaughter and formed, together with other survivors the movement Ymwrthedd Calbain (Calbain Resistance). During the Maraguan conquest, Lewis' father fought against the Maraguan troops but soon realized that it was impossible to keep the Calbain state as it used to be. The young Llywelyn went to a Maraguan school in Aberfort where he excelled. During this time, the Calbain population moved north due to Maraguan segregation laws. Lewis moved to the city of Augdyn where he became a lawyer. 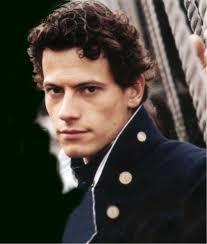 Soon after, Lewis became affiliated with politics. He founded the youth wing of the Parti Calbinol, the Calbain party in the Maraguan congress, and later became the leader of the PC in Nissud province, where he was the only non-national party member to get elected into congress. Lewis used his position to warn agains Maraguan segregation policies and to defend the rights of the Calbain. He rejected the violent uprisings in Faenor but said he 'understood the distress'. Lewis gave up his seat when the Maraguan government reached a crisis and the country lost its independence. During this hiatus, Lewis worked hard to reestablish local Calbain communities.

During the troubles in Maraguo, Lewis showed himself a leader. He formed a stable Calbain state in the northern part of the island. Lewis was one of the first to decide in favour of joining the Commonwealth of the Brettish isles after the landing of Captain Jacen Weyne.