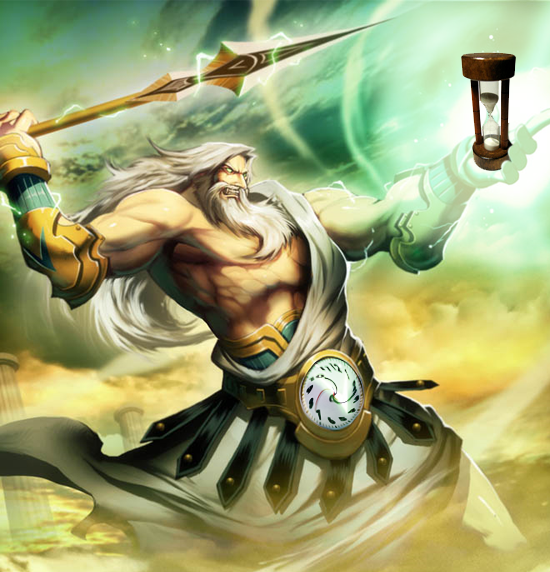 Sakat a popular God in both Shireroth. Such is his popularity that, in addition to Cedrism, he is also venerated in a number of 'Sakat Cults' and other deviant heresies such as Catologism.

Squid God of Time, also known as the God of Historians, Sakat was worshipped in the far eastern Kildarian island of Melangia, until its population was exterminated by the Jingdaoese. It's subsequently became a very popular God amongst those Cedrists who incline towards the teachings of the Holodomatic School regarding the Holy Wisdom suffusing and organising the ordered and righteous universe. This explains why in most temples, dedicated to other Gods, there often is a separated (and often visited) shrine to honour Him.

While most gods would have legends, Sakat has only the history of his birth and life. These are in the process of being compiled by Andreas, but those known are displayed here:

In the Beginning there was practically nothing. Then something happened. Unfortunately, Sakat was not there to record it, and so nobdy is quite sure what it was. Some time later, the mortal races were already well established, as where the Transcendi, called by the mortals "gods", by Sakat, "anthropomorphic-personifications-that-feed-off-belief", and by historians, "bloody nuisances". Then emerged Sakat.

There are two stories aboue this. Well, one story, and one history. Told by his twin brother, Stora, the god of Legends, a mortal man discovered a large blue egg. Holding it, it hatched, and revealed two beings - Stora and Sakat. Sakat taught the mortals to write, but Stora taught them to dream. With a choice between a practical skill that can be easily taught and allows people to record what actually happened; and an impractical self indulgent activty that gives an excuse for sleep, the mortals preferred dreaming, and Sakat fled.

Recorded by Sakat, the history is vastly different. Mortals already knew how to dream. It was as a mortal, in his cabin, put the first pen to the first scroll and began to write that there was a divine glow, the scroll rolled up, and then broke into a pile of papers and two small unformed beings. One flew through the window into the next hut, belonging to the town Medicine Man. The other fell into the waterbutt, and immediately sprouted small tentacles. The mortal, whose name remains unknown, picked up the squidy one, who was, indeed, Sakat, and so the first Historian and the God of Historians were united. Sakat then patiently listened to the mortals thoughts on what had happened recently, and why, as opposed to what the Medicine Man was telling the village. Sakat then led him outside to where the Medicine man, with Stora behind him, was telling stories about how the gods had appeared. Sakat, being born knowing the truth of the affair, prompted the historian to speak out. But the Medicine Man, with Stora, drove him and Sakat away, and they fled the village.

Sakat, however, had one true believer, and that was all he needed. As the mortal lept into the sea, fleeing the villager's spears, and began to swim towards the island, his eyes grew narrower, his body shorter, and his toes and fingers grew the slightest webbing, making him able to swim better underwater. His lungs expanded, and, when he reached the island, he discovered his swimming ability was far greater than any other human. Thus the first Mel'anje was born, because there are some things, anthropomorphic personifications or not, gods have to do.

Then, for a time after that, Sakat was long gone from the island. But being a historical god, he kept careful note of the time - it was 102 years, 3 months and 12 days. During that time he set out to learn everything he could about the history of the world, and everyone in it. He found a great deal out about the other gods, and his own place in the divine circle, though the history just before his birth he could not discover. As he travelled he found like minded people, other historians. But unfortunately, his brother, Stora, was never far behind him, and Stora was, as any good god does, determined to expand his own sphere of influence and believers, and though his stories became wilder, his popularity grew, and Sakat's few followers were driven from their homes. All were taken to the island refuge Sakat had found for his first believer, and became the Mel'anje people, a race full of wisdom in words and history, discerning in their writing, and careful in their records. It was during this time (year 94, month 5, to year 97, month 6) that the construction began on the first great Library of Sakat, where in his followers chronicled all the history that their great god helped them discover, but no work was put on a temple to Sakat, for, alas, as he grew older, he grew bigger, and soon he could no longer leave the water. His followers, though they saw him not, except when first called, believed he could travel between any two bodies of water - connected or not, whether stream or river, stagnant pool or frothing ocean, and so, in time, he could. Sakat was a novelty among gods (apart from Aethisiticus) - a god who did not believe in the gods. That is, he did not believe they were who they claimed to be - he believe they were beings like himself, who gained their power through belief, and so strived for more believers. But he never claimed divinity, and so became the second most atheistic god in existence. Stora, however, knowing he was but a small god in the scheme of things, played to the bigger ones, and told the stories they wanted told, and indeed expanded and elaborated on them, until he knew as much about the legends of the divine as Sakat knew about their history.

Anyway, as belief in Sakat's powers to travel water grew, so too did his ability, though it was constricted by size. It was 102 years, 3 months and 12 days after he had brought his first follower to the island that he returned, landing on the beach, the in between spot, neither water nor land, and the only place he could meet his followers face to face. What transpired ...

Weddings under Sakat are simple affairs, with only a limited number of pre-requsites. They have to be held outdoors, on the sands of the beach. Both people had to dip their hands into the ocean then mark the sign of the squid on eachother's forhead at some point during the ceremony ... and that, though the actual words and actions required for the ceremony were very small and a great deal of freedom was given to the participants to elaborate as they would ... afterwards they'd have to write full historical accounts of any and all alterations they did do, fill in a number of forms, and, after their honey moon, file a minimum 5000 word historical report of what occured on it within 3 weeks, or their union would not be validated. Weddings under Sakat were small in ceremony, but mighty big in paperwork (and history!).

Still, when their wedding was validated there was the guaranteed inclusion of their wedding in all official histories covering that day, which was a bonus. There's nothing like reading someone elses autobiography and finding a footnote inserted by a meticulous melangian editor "4. On this day, other historical events included the marriage of Corey and Gilrean."

The words used are: "Dearly beloved, we are gathered here today to witness the historical coming together of two loving souls - Corey and Gilrean. If you would both face the sea ...
Take your free hand and dip a finger into the water. Feel the ripples of Sakat in the sea, then, your hands still wet, mark the sign of the squid on your partners forhead ...
By the power invested in me by the almighty Sakat, Lord of Time, I pronounce your union historically recorded! You may now fill in the bride's paperwork."

Sakat, before being taken on by Andreas, was originally named after Scott, because he was doing most of the history work back when the gods were being named. It's the Old Hyperborean pronunciation of "Scott". Squid had been in his nickname since he was about ten - hence his status as a squid-god.