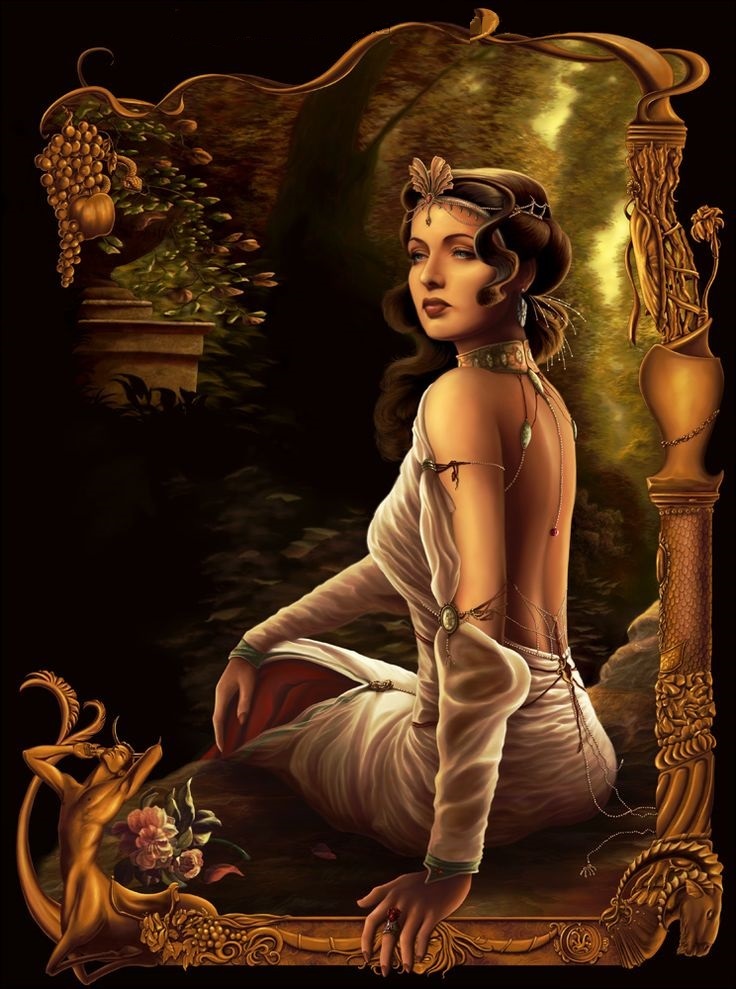 The Lady Idunn is a Goddess who, according to the beliefs of the Froyalanish Ancient Ways, belongs to the tribe of deities known as the Vanir. Those following the Æsir Faith count Her among the pantheon of gods which known as the Æsir. Her name means "Rejuvenating One" in the Froyalanish and Wintergleamish languages.

To the Froyalanish Vanafolk, to whom She is also known as the Lady Apple-Keeper of the Gods, the Apple-Maiden, Idhun, Iduna, Garðyrkjamær, Idunna, and Nakinnmær, the Lady Idunn represents purity and the innocence of childhood, where the soul's dreams, magic and make believe still prevail.

The Lady Divine is, amongst others, goddess of youth and springtime, and the keeper of the magical golden apples of immortality which give the Lords and Ladies Divine vitality and youth forever.

Aside from being the Lady Apple-Keeper of the Gods, Idunn is also charged with nourishing the World Tree, Yggdrasil; a task she carries out with the help of numerous handmaiden deities. She is one of the foremost Goddesses of agriculture and healthy food.

Nakinnmær almost always shows Herself as a youthful maiden, sometimes delicate and beautiful, sometimes sturdy and hard-working. Her figure is slender but shapely and She has brown hair and brown eyes.

In spite of the emphasis in myth on Her youth and beauty, Garðyrkjamær has a very strong work ethic. She cares for the most sacred orchard of Vanaheim, growing all kind of special fruits for the Gods - including the special golden apples that give the Lords and Ladies Divine their eternal youth and immortality.

Nakinnmær is a working goddess as well as a deity of health and rejuvenation, and these things are linked. The aforesaid Lady Apple-Keeper of the Gods is quite fond of working in the nude.

The Lady Idunn honestly believes that physical labor in the nude - especially working the earth - is the second-best thing that one can do for one's health. The first thing, of course, is proper nourishment.

The Apple-Maiden can be called upon for any health issue, as well as for getting one's body back in shape, getting over food issues, getting more out of one's diet, easing the transfer to healthy food instead of junk, and of course for blessing anyone with an orchard or fruit trees.