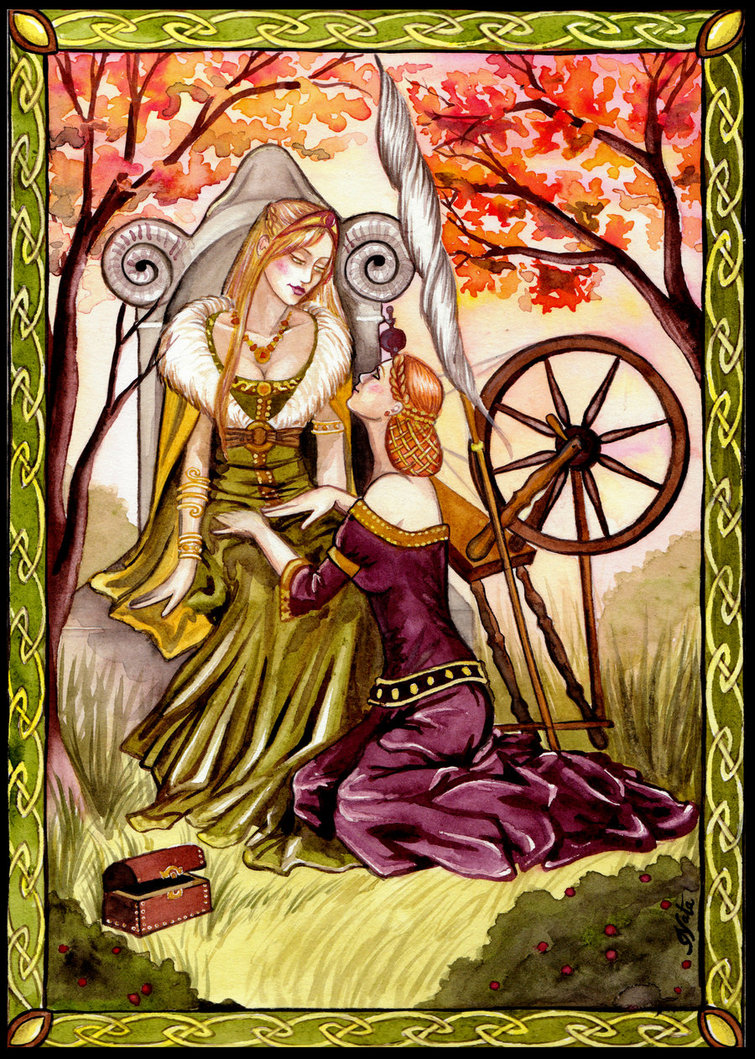 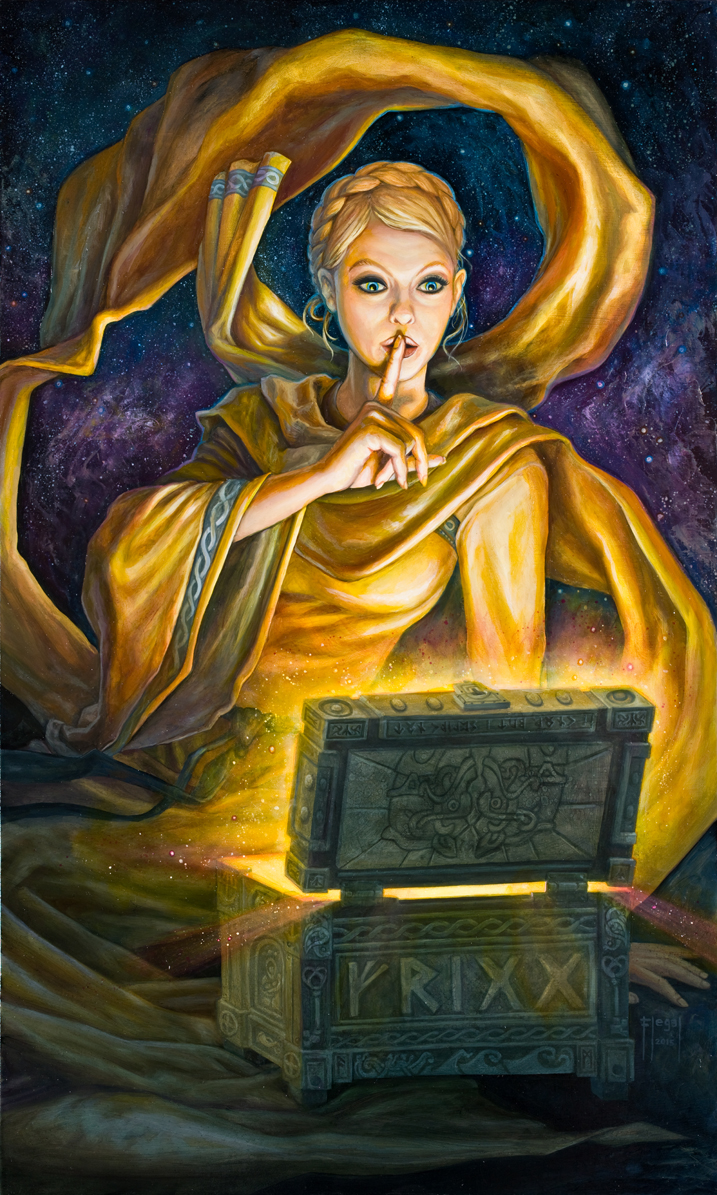 The Lady Frigga is the Silent Knower.

The Lady Frigga is a Goddess who, according to the beliefs of the Froyalanish Ancient Ways, belongs to the tribe of deities known as the Vanir. Those following the Æsir Faith count Her among the pantheon of gods which known as the Æsir. Her name means "Beloved" in the Froyalanish and Wintergleamish languages.

To the Froyalanish Vanafolk, to whom She is also known as the All-Mother, Frigg, the Lady of the Hearth, Frige, and the Lady of the Hall, the Lady Frigga is a life-giver and the source of nurturing, devotion, patience and unconditional love.

The Lady of the Hearth is, amongst others, goddess of love, childbirth, motherhood, wisdom, household management, weaving and spinning, marriage, destiny, domestic order, and Sovereignty.

The All-Mother is beautiful and full-figured. She has silver blonde hair and blue eyes. The Lady Divine is sweet, kind and motherly. She is also regal and austere, but has a very lusty side as well.

The Lady Frigga is also known as a goddess of frith, which is a combination of peace and social order; in this guise she is called upon as the Lady of the Hall, carrying the mead horn around, and both sending off and welcoming back warriors with the cup of victory. Thus She is also called upon for matters of diplomacy, especially among leaders.

The All-Mother is the goddess of marriage - more properly, the goddess of marriage that is sanctioned by society - as unsanctioned unions are under the guidance of the Lord Freyr and the Lady Gerda. She is the protector of home and families, and is much beloved by married women. She gives solace and aid in childbirth, and is also called upon for help in the domestic arts and cottage industries, especially the spinning of wool, which took up much of the time of Vanakvinner of old. It is said that she pulls the wool from the cloud-sheep to spin and weave the garments of the Gods.

The Goddess Frigga also spins the clouds and watches over the family, soothes the weary warrior and carries the mead cup in the hall. It is said that she sees many things with her seer's powers, but she speaks of very few of them, silent in her wisdom.