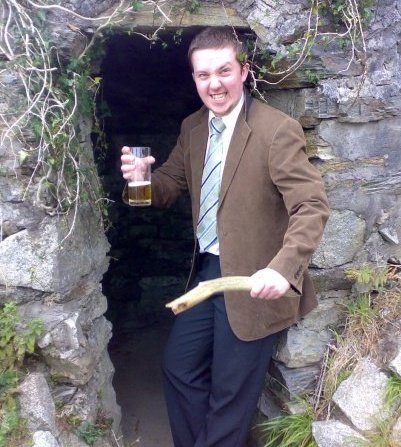 Eoin joined micronationalism in May 2000 under the guise of Funky Wombat, a name which sticks to him with various methods of adhesiveness to this day. His first micronation was the Republic of Blackrock, an Irish micronation famed for militarism and wholesale mania. He reached the rank of Lieutenant there in the Diplomatic Corps, which he referred to as "the PR guys who try to distract everyone from the sounds of gunfire in the back room".

Eoin has had a varied micronational career up to this point, serving twice as Prime Minister to two different incarnations of Attera. He joined Shireroth in July of 2003, becoming Prætor later that year. He has held that position twice, resigning the first time, and being ousted for extreme inactivity the second. Upon the accession of Kaiser Los III he was appointed MiniEx. In real life, Eoin is a sometime-student of Trinity College in Dublin. He lives in Ireland.