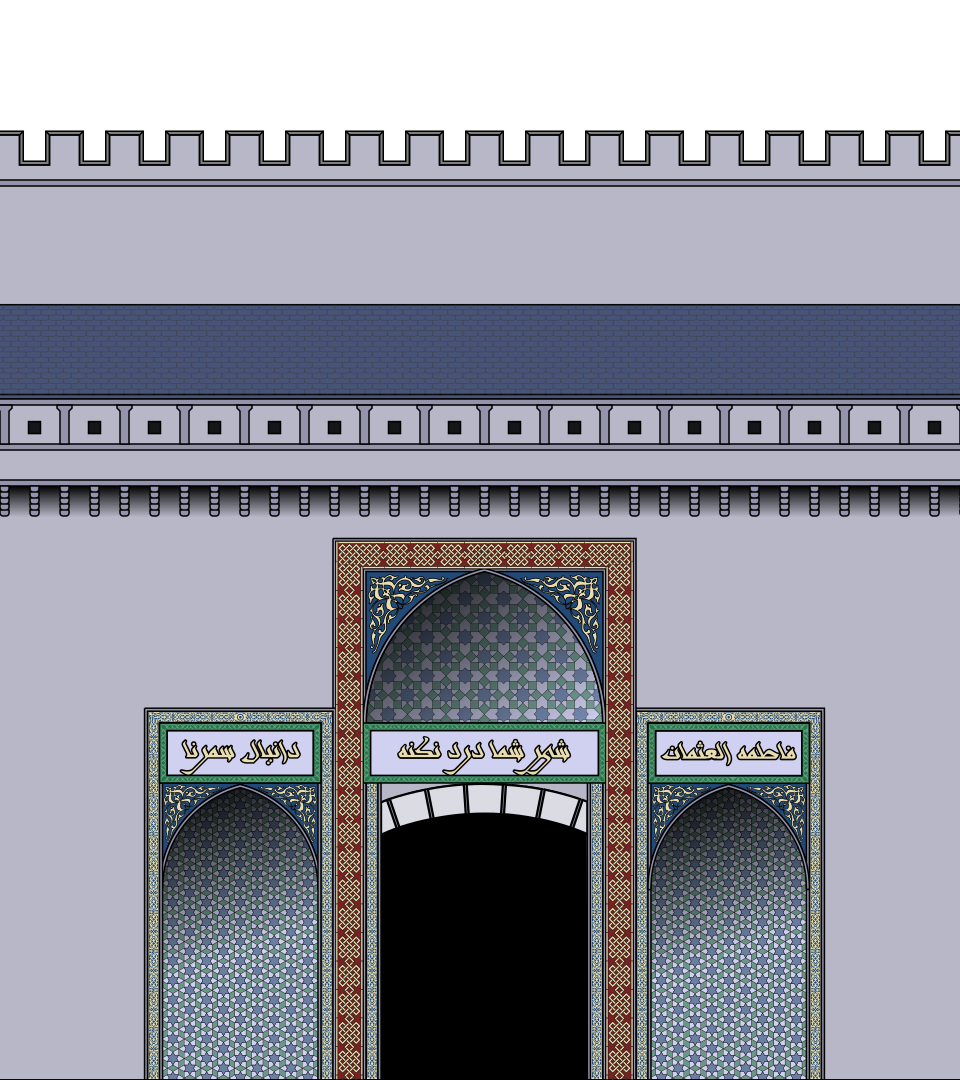 Bâb-an-Nûr, translated either as "Gate of Light" or Noor Gate, is the fourth gatehouse of Raynor's Keep and the primary monumental gatehouse as of 1561 AN. The gate was built in memory of Kaiseress Noor.

Use of the Bâb-an-Nûr is limited to members of society accorded the rank of Serenissimus or higher and their entourages. This includes the Kaiser, the Imperial Family, the Steward, the Imperial Chamberlain, foreign heads of state, and crowned rulers of Imperial States of royal status.

The Bâb-an-Nûr‎ is built in the style of a Babkhi monumental gate to resemble a triumphal arch. The true passageway, a shallow barrel fault, is crowned with an iwan on top and two iwans on each side.

Above the passageway, a plaque reads شیر شما درد نکنه, the motto of the House of Ayreon-Kalirion. The two flanking iwans also have plaques, reading the names of the mother and father of Kaiseress Noor. All three plaques are rendered in Babkhi.

The Bâb-an-Nûr serves as a venue of judgement and execution, where the Kaiser's justice is displayed to the populace of the city.