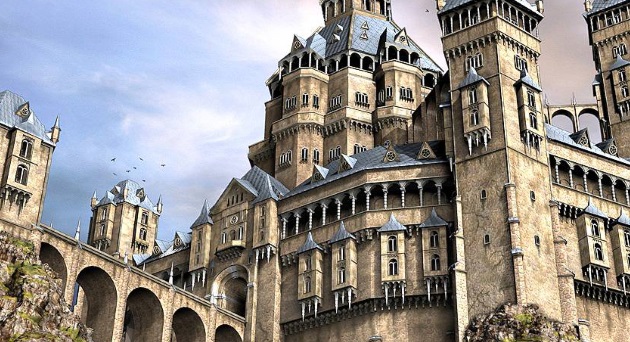 The Palace of Krull

The palace sits atop Krull Isle, an islet in the Slovygh Canal, which is one of the numerous canals in the capital of Elwynn which lead to the river of the same name.

Disliked by the present Prince and considered by the Senate of the restored Republican government to be an unsightly carbuncle, the palace - a towering legacy to the Froyalanish obsession with monumental grandeur - has been converted into social housing for the city's disadvantaged lower classes, with only the throne room and adjacent antechambers being retained as an office for the affixing of seals to decrees and official papers.