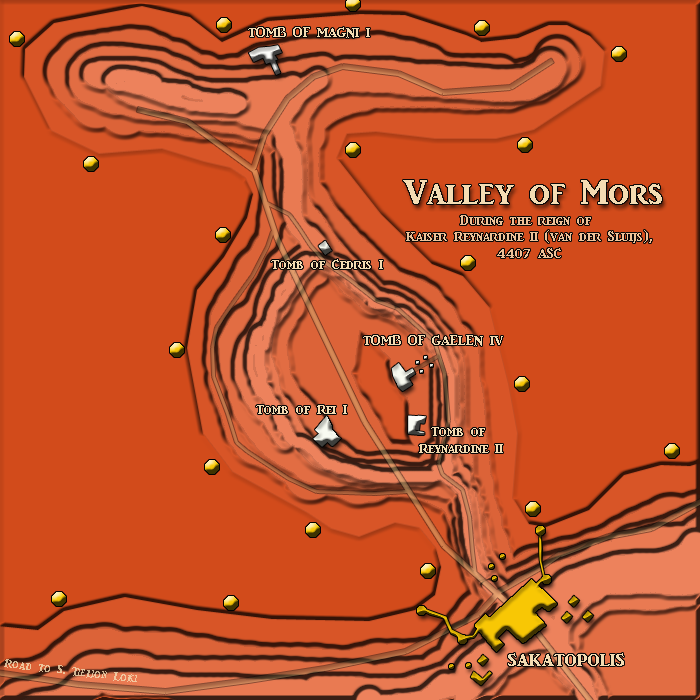 A map of the Valley of Mors, with Sakatopolis blocking the entrance.

Sakatopolis was a little village to the north of Shirekeep, subsequently grown into a prosperous town enriched by offering guided tours of the Imperial Tombs and of the bone-yards where grave-robbers have been staked out to miserably perish under the public gaze. The town consists of a temple, constructed to block the entrance of the Valley of Mors (to protect the burial tombs of the Kaisers), and several houses for priests, workmen and guards. The total number of citizens lies around 1,000 persons, with 23,000 denizens, 12,300 Loyal Subjects and 7,200 Palatini of the Scholae Sathrati garrisoned in an adjacent cantonment.

The village is visited frequently by tourists who want to get as close as possible to the burial tombs. Those citizens who can bare to part with a considerable sum of money, or who can plausibly claim descent from an Imperial Bloodline, can even enter the Valley and participate with one of the ceremonies in a tomb.