Proto-Lakhesian is the ancestral language to Modern Lakhesian spoken in Amarr and the Nation of Lakhesis in Shireroth, as well as Samudran spoken in Antica. Most scolars agree that the language is a remnant from the people that inhabited the area before the tribes that would later make up the classes that founded Shireroth came to the area. Some believe, but most serious linguists disagree, that the Lakhesians and their langauge are a direct descendant from the people of the Khaz Modan empire. 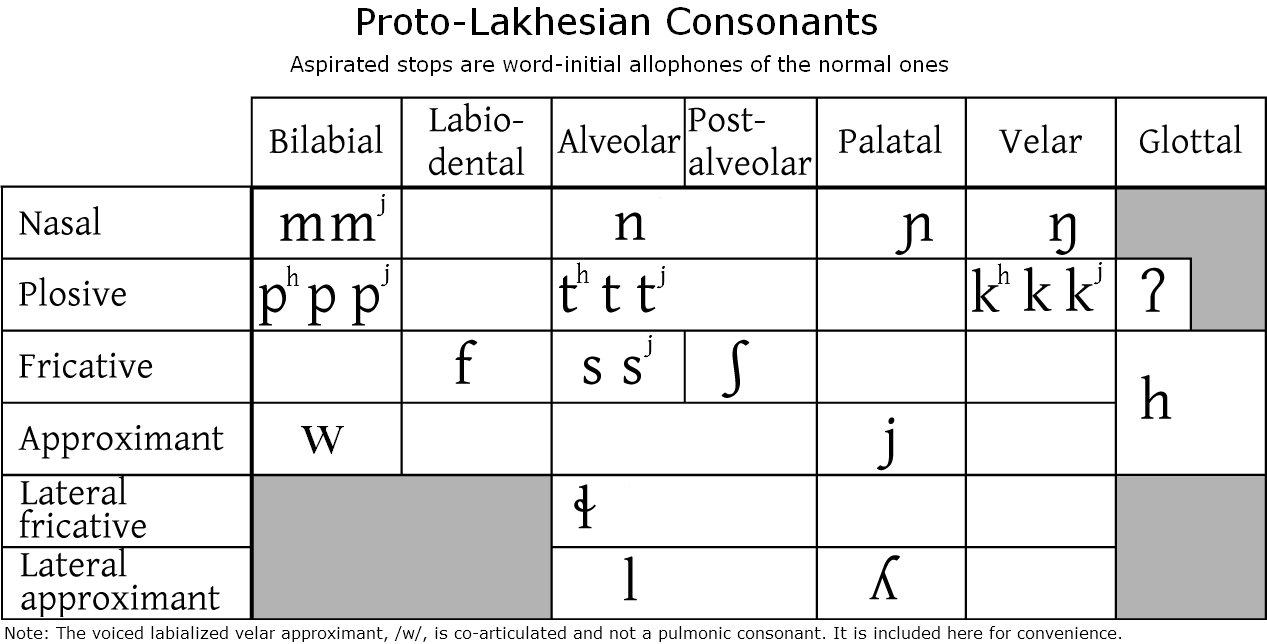 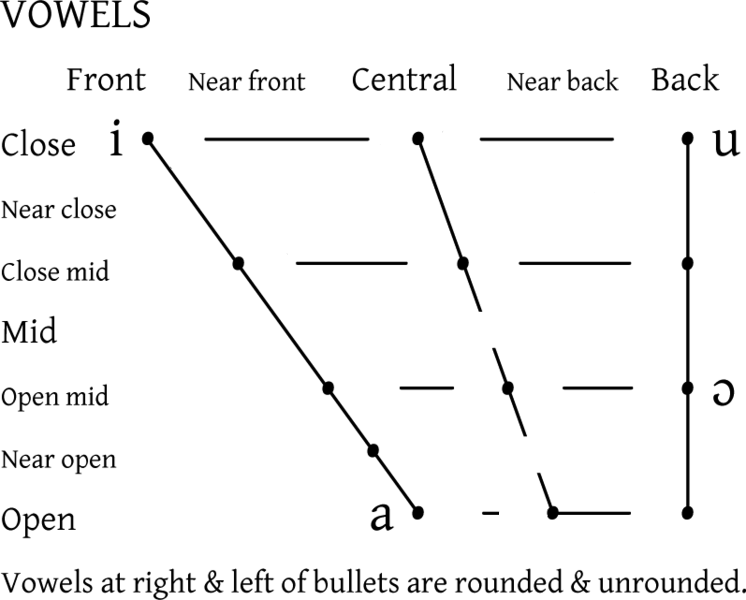 The syllable structure is CV, where C is a consonant and V vowel.

Lakhesian has gentle stress on the first syllable, similar to Hungarian. In loanwords, however, the stress is often inherited from the source language and indicated with an accent.

Lakhesian nouns decline to show case, number and animacy. Nouns are divided into two noun classes; animate and inanimate. Usually things that are percieved to be alive are classed as animate, and dead things as inanimate, although this is often varied due to cultural and traditional reasons. There are no definite or indefinite articles. The basic word order is VSO, verb-subject-object, although due to the case system this order is pretty free.

Lakhesian verbs are inflected to show aspect, evidentiality, mood and polarity (ambiguous). This class of words is rather large due to the fact that adjectives, for all intents and purposes, are treated as verbs. 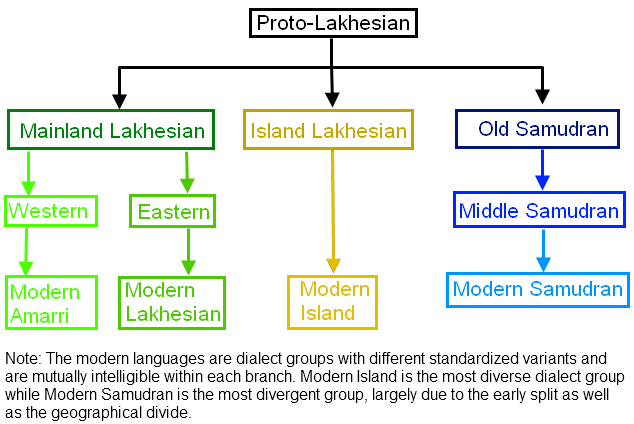