From ShireWiki
Revision as of 20:16, 8 July 2008 by Jonas (talk | contribs) (New page: thumb|right The '''Curagh Castle''' is built in the administrative capital Curagh, in the Barony of Antya in Kildare, by Chimaera the Wise. The buil...)
(diff) ← Older revision | Latest revision (diff) | Newer revision → (diff)
Jump to: navigation, search 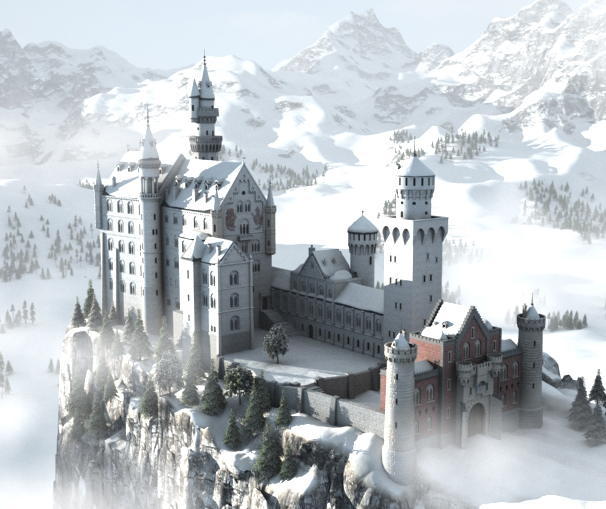 The Curagh Castle is built in the administrative capital Curagh, in the Barony of Antya in Kildare, by Chimaera the Wise. The building was finished in 2062 ASC, and survived the Lost and Dark Ages.

The castle itself, built to honour Duke Gryphon the Pure, was meanted to be a castle-hotel.

Description of the Castle

(by Chimaera the Wise)

the castle is built on a 20ft-ish cliff, facing Northeast. Despite being in the Northern Hemisphere, there are walls on the NW, SW, and SE sides blocking most of the Sun except in summer. The front building goes up to level with the cliff, creating a courtyard on its roof, with a single square tower in the center. Behind the tower is a large warehouse which serves dual use as a stable/garage and a storage house for the complex's kitchen in the bottom of the tower. It might have other uses, but I haven't yet found them.

The second floor of the tower is a gathering room, intended for the resident noble's private parties. It has access to the courtyard via an outside stairway, but also has a large balcony which overlooks it. Above the gathering room via spiral stairwell is the master bedroom, which opens to a large garden terrace built right on the roof of the warehouse. It also has one large balcony overlooking the courtyard NE, and two small balconies on the East and West corners, with wide glass windows to let in the sunlight.

The wall around the terrace is actually the main hotel corridor, which may or may not have doors leading out. I'm torn on deciding whether to make the terrace private to the noble only or not.

I'm still not completely sure whether it was a castle or a hotel first. It really wouldn't make much sense for it to be a hotel, because it's got a rather crappy location, and is way too expensive to have been economically possible. But if it was a castle first, the architect was no doubt executed, likely in a painful manner. There is absolutely no line of defense between the walls and the noble tower. Everything is accessible from at least two different doors or stairwells, and it wouldn't take much to get from the cliff over the lower wall.

See to: the topic